Lynne M. Reid (1923-), M.B. and B.S., 1946, University of Melbourne School of Medicine, was a resident at the Royal Melbourne Hospital in Melbourne, Australia (1949-1951); research assistant and founder of the Department of Research in Morbid Anatomy at the Brompton Hospital, London, England; the first person to serve as Dean of the Cardiothoracic Institute at London University (1973); Head of the Department of Pathology at Children's Hospital, Boston, Massachusetts (1975-1989); and S. Burt Wolbach Professor of Pathology at Harvard Medical School, Boston, Massachusetts. Her research interests include lung growth and how it is affected by childhood diseases including cystic fibrosis, scoliosis, and respiratory distress syndrome. She has also studied chronic bronchitis, emphysema, and pediatric pulmonary and arterial hypertension.

The Lynne M. Reid papers are a product of Reid's work as a medical researcher and instructor in the field of thoracic medicine and her related professional activities, including her membership in professional organizations (such as the Society of Pediatric Pathology, the United States and Canadian Academy of Pathology, and the Fleischner Society) and service as a frequent speaker at local, national, and international meetings and conferences. Papers include draft manuscripts and outlines for speeches and presentations; records related to her research at the Brompton Hospital in London and at Children's Hospital in Boston, including her work as principle investigator for the Specialized Center of Research at Children's Hospital and research focused on issues related to the development of the lung, such as bronchiectasis, pulmonary hypertension, primary pulmonary hypertension, and meconium aspiration in newborns; and travel materials, including personal sightseeing and touring plans. Also included are materials reflecting Reid's work as an invited evaluator of staff and programs at other institutions, including the Children's Hospital in Toronto, Canada and as a dedicated manuscript reviewer for professional journals. 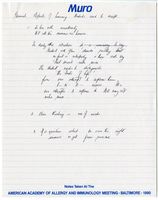 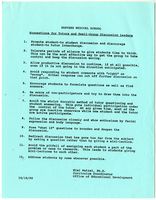 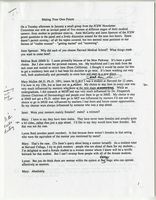 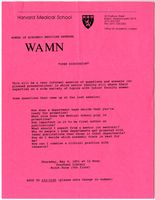 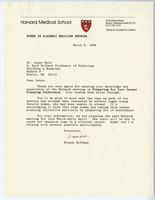 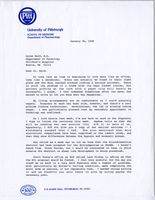 The Forum of Senior Women Professors 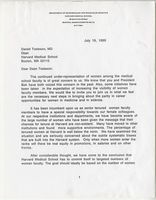