Conference on Population Trends and the Family 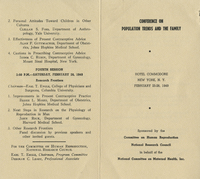 Rock promoted the Committee on Human Reproduction research agenda in 1949. During discussion of his paper, "Next Steps in Research on the Physiology of Reproduction in Man," he describes a possible approach to hormonal contraception.

Rock became the Director of the Free Hospital for Women’s Sterility Clinic in 1926. At the Free Hospital, Rock saw many infertile women who were eager to have children. Some of his patients, however, sought the means to control conception. For these… 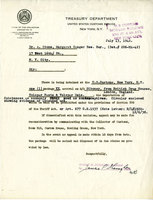 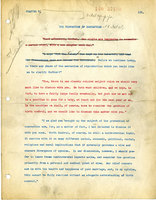 A Marriage Manual was published by Hannah and Abraham Stone as a guide to healthy marriages. It was one of the first books published on the subject of marriage, and was widely received by its audience. The book was written in the character of a…

And the mother went to the Planned Parenthood Clinic for advice

Have you ever wondered about Planned Parenthood

To Those Denied a Child