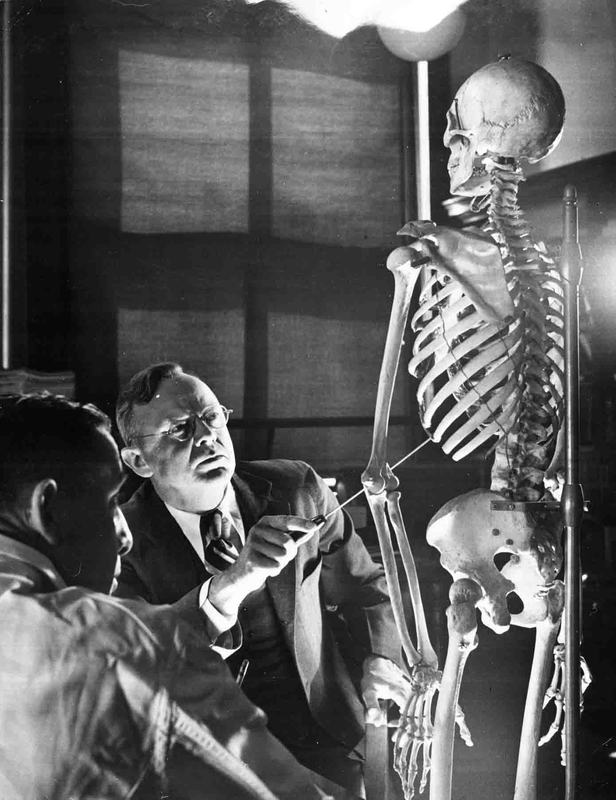 Photograph of Alan Richards Moritz, circa 1946

Although its history appears to argue for a failed enterprise and few vestiges of it survive nearly fifty years after its dissolution, Harvard's Department of Legal Medicine was not without influence and importance.  One of the most eloquent testimonials to its work and developments appears in a 1981 tribute to Alan R. Moritz which was published by Lester Adelson in The American Journal of Forensic Medicine and Pathology.

Up to the time that Dr. Moritz organized the Department of Legal Medicine (as forensic pathology was then called) at Harvard Medical School in the latter part of the 1930s, the medical aspects and laboratory study of sudden, unexpected, suspicious, and violent deaths in the United States had not even remotely approached, let alone achieved, the academic status and degree of scholarly recognition that they had enjoyed in Europe for many, many years…. It failed to attract a meaningful number of student-trainees, its potentialities were relatively unexplored and unexploited, and its numerous challenges were either ignored or misunderstood.  With the institution of formal and informal teaching programs in legal medicine and medical jurisprudence, spearheaded by the Department of Legal Medicine at Harvard Medical School… legal medicine took a giant step forward out of the twilight zone it had previously inhabited and emerged as a professional discipline worthy of its own sense of self-respect…. It is worth noting that Dr. Moritz established an intimate working relationship between the Department of Legal Medicine … and the Department of Public Safety of the Commonwealth of Massachusetts, thus putting the formidable intellectual, scholarly, and laboratory resources of the former at the disposal of those responsible for investigating threats to the well-being of society…. It is fair to say that we American forensic pathologists of the 1980s (the "medicolegal pathologists" of the 1940s) are indeed long-term beneficiaries of the time, effort, endless devotion, and faith of Dr. Moritz for these invaluable contributions and for so many other meaningful illuminations of our spheres of personal and professional activities and responsibilities.