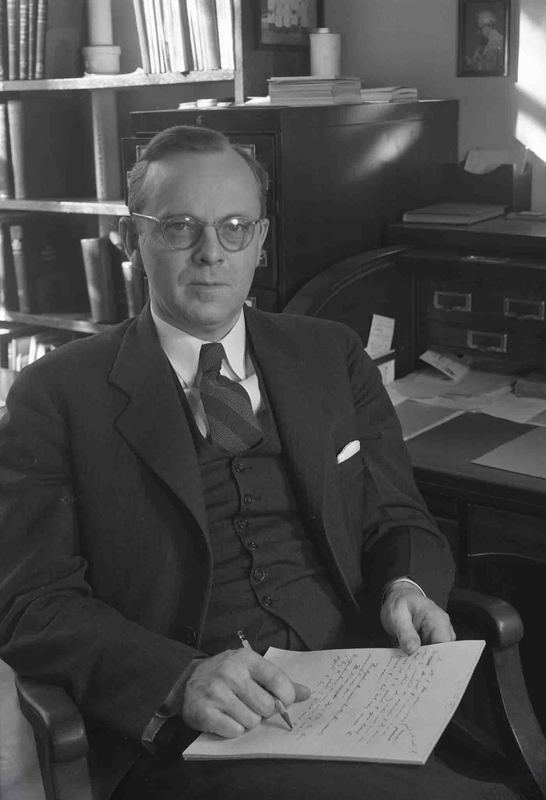 Photograph of Alan Richards Moritz, circa 1949

The acquisition of the Magrath endowment fostered discussion of how best to form the new department, what should be the nature of its activities, and what qualifications would be needed in its director.  George B. Magrath was, by this point, suffering health problems and retiring from active duties, and the dean formed a special committee to consider the scope and future of the department.  By the spring of 1937, it was determined to hire a director with the title of Professor of Legal Medicine and, since no one candidate had all the qualities and experience desired, send him immediately to Europe for training in the established forensic programs there.  Alan Richards Moritz (1899-1986), a pathologist at Western Reserve University, was appointed to the post on September 1st and departed soon after for study in Glasgow and Edinburgh.