The Beginnings of Legal Medicine at Harvard 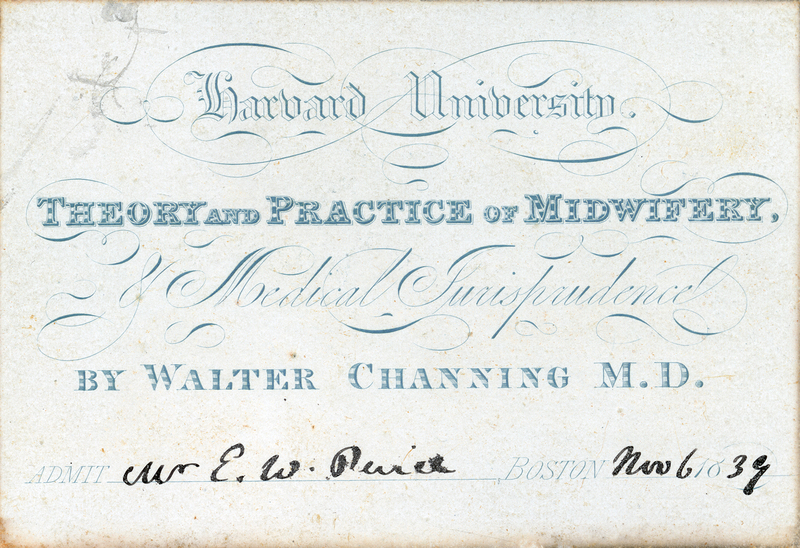 Walter Channing (1786-1876)
Admission ticket to the lectures on the theory and practice of midwifery
and medical jurisprudence for E. W. Pierce, November  6, 1839

Although seemingly distinct and disparate disciplines, medicine and law—as medical jurisprudence, forensic medicine, or legal medicine—have been intertwined for centuries.  Some of the earliest classic texts, such as Giovanni Condronchi’s Methodus Testificandi (1597), Paolo Zacchias’ Quaestiones Medico-Legales (1621-1661), the Corpus Juris Medico-Legale (1722) of Michael Bernhard Valentini, Michael Alberti’s Systema Jurisprudentiae Medicae (1725), and Samuel Farr’s Elements of Medical Jurisprudence (1788) are all recognized fundamental works in the subject, and legal medicine itself embraces a wide range of topics, such as toxicology, psychiatry, chemistry, pathology, anatomy, autopsy, and suicide. 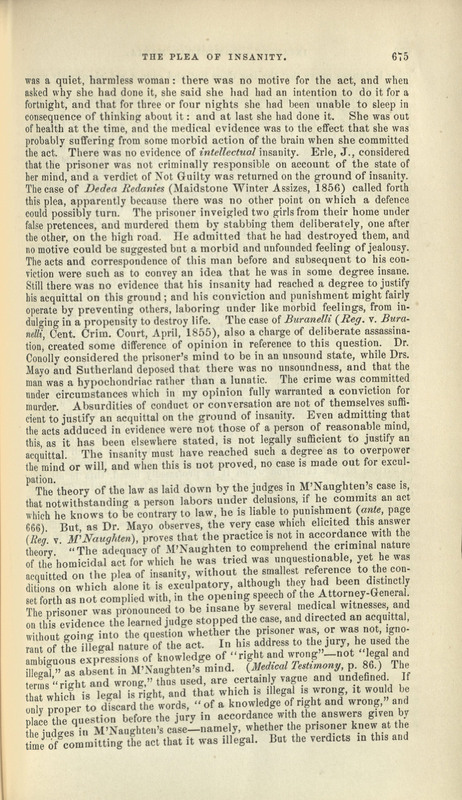 Gift of Harvard Medical School to the Boston Medical Library, 1885

Taylor’s Medical Jurisprudence was a standard manual for the study of legal medicine.  It was first printed in London in 1844, and an American edition followed in the next year.  At least twelve editions were produced by the end of the 19th century, with revisions and new editions published through the 20th century.  In his introduction to this revision, Taylor states, “Since its first appearance in the year 1844, there have issued from the press fifteen thousand seven hundred and fifty copies.  I regard this as a satisfactory proof of its practical utility to those members of the Medical and Legal professions for whose assistance it has been especially intended.”

Medical Jurisprudence was the required text for legal medicine courses at Harvard as early as 1858, and it was still in use in 1904.  The copy displayed here belonged to Barker Brooks Kent (1844-1873), a graduate of the Medical School in 1869, and was presumably used during his course work.  The page displayed concerns the insanity plea and the M'Naughten rule.