"A Certain Feeling of Impermanence" 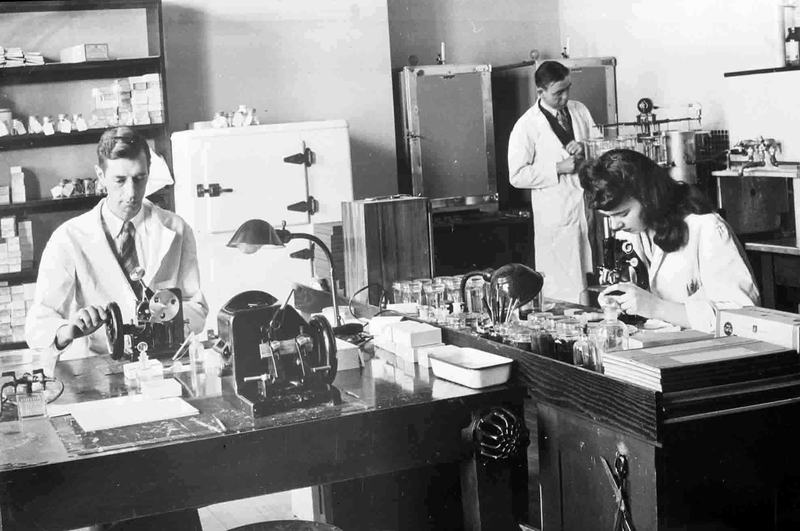 Researchers in the Department of Legal Medicine, circa 1946

During this same period, as Legal Medicine's involvement with post-mortem cases increased−-rising from 250 to over 300 cases each year-−lectures were offered to students at Tufts, Yale's schools of medicine and public health, and Harvard Law School, graduate students were employed and trained in legal medicine, and research programs and public promotion continued, supported, in part, by grants from external sources, including the Rockefeller Foundation and the Office of Naval Research. 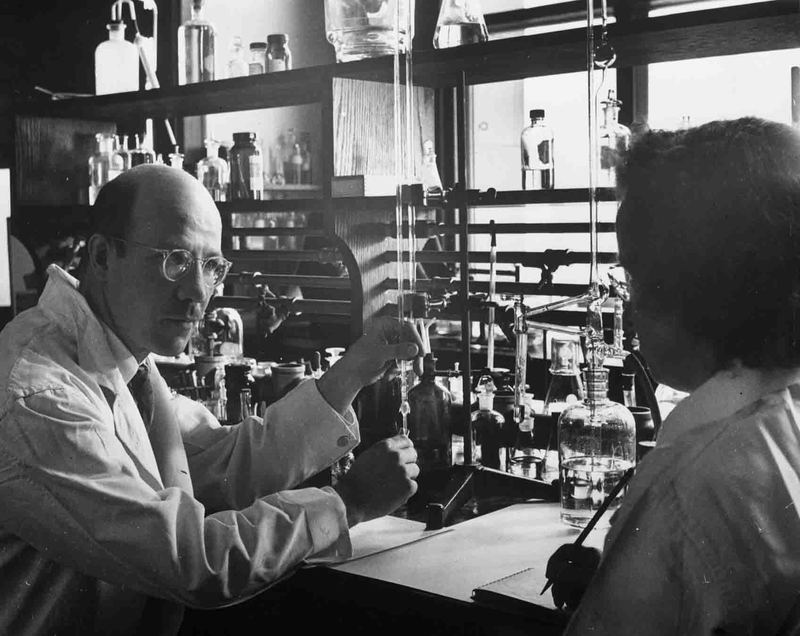 As early as 1952, Richard Ford campaigned for more personnel: "It will be truly a disaster if we cannot not only maintain the level we have reached but expand and incorporate the excellent personnel now available to us.  The ideas and efforts of many people and of many years are close to fruition and close to withering away." The lack of support for the department continued to cause difficulties and in a memo to the dean in 1954, Richard Ford stated, "In spite of all our fasting, prayers, and good works, one gets a certain feeling of impermanence in the Department of Legal Medicine.  From my own personal observations in Europe last summer, I know that nowhere in the world is there a better institute or department of legal medicine…. Almost everybody has some use for us.  Can't we get support?"

The difficulties of the Department of Legal Medicine were more than financial.  Richard Ford was uninterested in the administrative duties of the office as well as the academic responsibilities which he began to see as incompatible with his pathological and post-mortem activities and had personal conflicts with his colleagues.  The university felt the department's work for the state to be a burden of both time and finance, detracting from its educational program.