An MGM film originally intended as a documentary on the work of the Department of Legal Medicine was later recast as a fictional drama—Mystery Street (also known as Murder at Harvard.)  The plot concerns a police detective (Ricardo Montalban) investigating and solving the murder of a woman on a Cape Cod beach with the help of “Dr. McAdoo” (Bruce Bennett, portraying a fictionalized version of Alan R. Moritz) and the Legal Medicine personnel at Harvard. 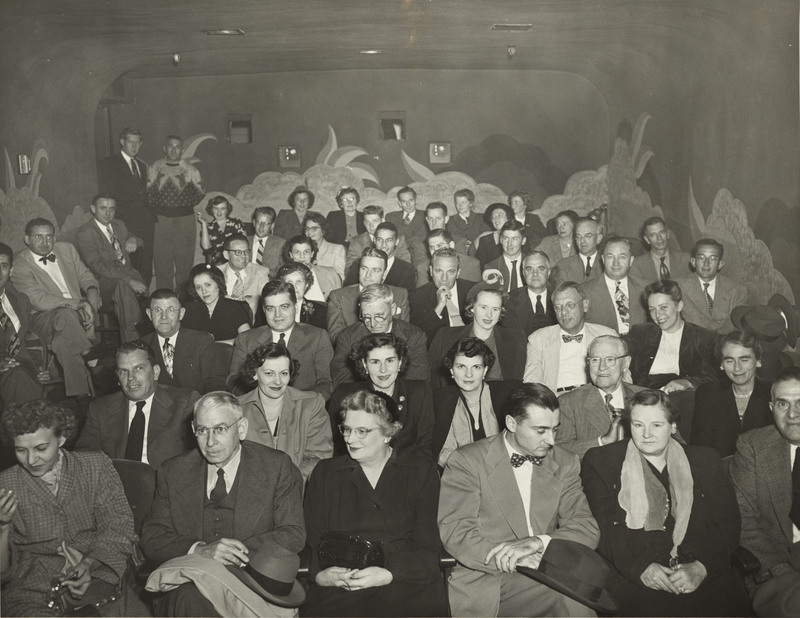 A special preview screening of Mystery Street was offered to Harvard faculty and staff; Dean George Packer Berry was present, and Richard Ford is standing at the rear of the theater.