The Assasination of President James Garfield 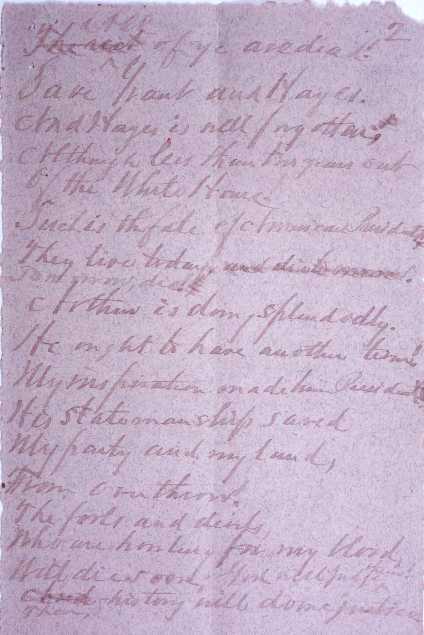 This poem by Charles Julius Guiteau, the assassin of President James A. Garfield, was written in prison a few days before his execution. On July 2, 1881, at a railroad station in Washington, Guiteau shot Garfield in the arm and in the back, maintaining that he was "Heaven’s chosen instrument" and that Chester A. Arthur should be president. After Garfield’s death on September 19th, a sensational trial—turning on an insanity defense—ensued. Although some argued that Guiteau was clearly insane and should not be held accountable for his actions, he was convicted and executed on June 30, 1882. 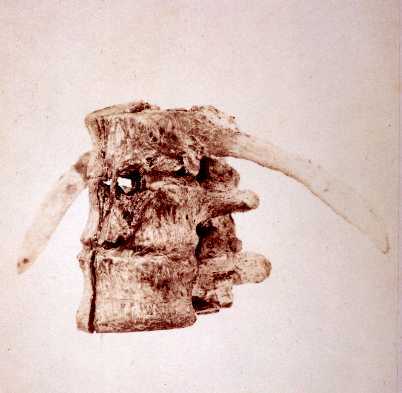 This photograph, part of a set of five taken by Washington photographer, C. M. Bell, after the autopsy on President Garfield's body, shows the Guiteau bullet hole in his spine. The bullet fractured the 11th and 12th ribs and passed through the vetebrae from the right side to the left. The autopsy revealed that the immediate cause of Garfield's death was a ruptured aneurysm in the splenic artery—damage caused by either the bullet or the surgical probes attempting to remove it.