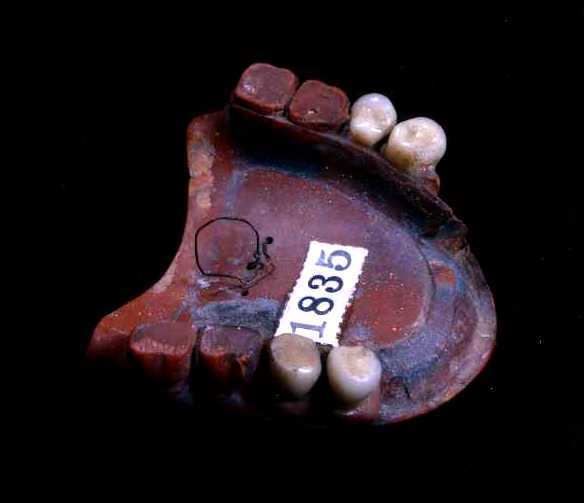 Superior Rubber Denture, made for and Worn by Ralph Waldo Emerson

Under the curatorship of Adelbert Fernald, the Dental Museum began to expand its holdings, acquiring historical instruments as well as other items of unusual association, such as these dentures of philosopher Ralph Waldo Emerson (1803-1882). 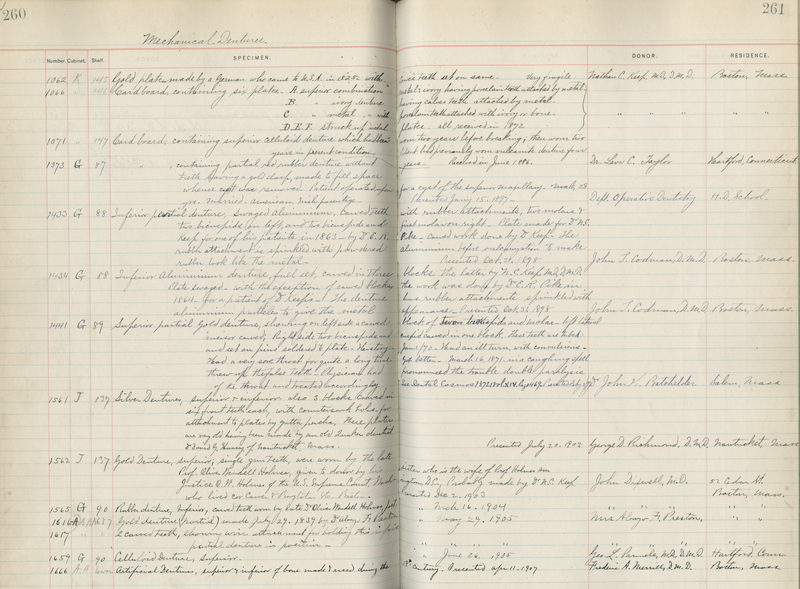 This version of the Museum's catalog was in use from the 1890s through 1907. Here among the entries for items of mechanical dentistry are specimens 1562 and 1565—a gold superior denture and a rubber inferior denture worn by Dr. Oliver Wendell Holmes (1809-1894). 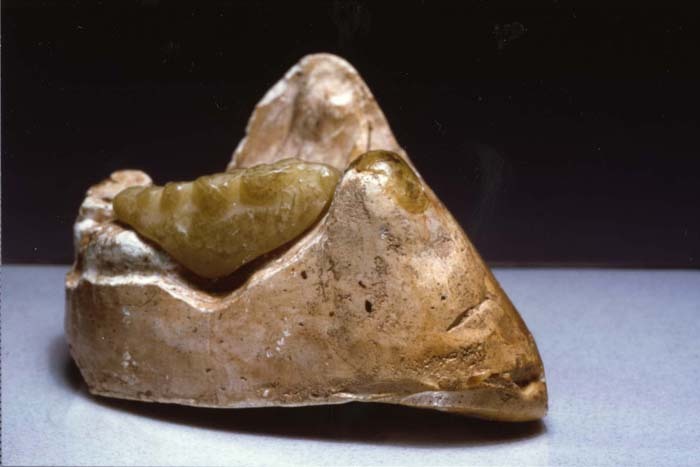 Casts of the Superior and Inferior Maxillae of George Parkman

These are the most historically significant specimens in the Dental Museum's collection—the plaster articulating cast, inferior jaw cast with metal trial plate, and the wax mold displayed here were part of the forensic evidence used during the murder trial of Dr. John White Webster in 1850. Dr. George Parkman, a noted Boston physician and Harvard benefactor, disappeared on November 23, 1849, and a subsequent search of the premises of Harvard Medical School revealed parts of a human body—including artificial teeth—in the laboratory of Dr. John White Webster, the Erving Professor of Chemistry. Dr. Nathan Cooley Keep, who had made the casts and fitted Parkman with dentures in October 1846, was called as a trial witness and stated, “The teeth were brought to me, and I at once recognised them as the teeth which I had made for Dr. Parkman and with which I had taken so much pains…. There could be no mistake about them." 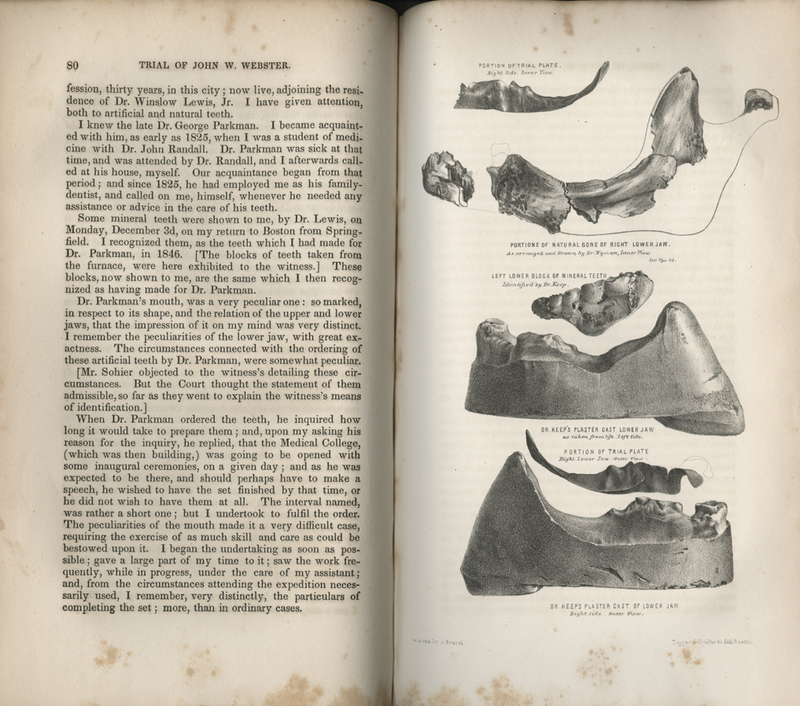 Report of the Case of John W. Webster … Indicted for the Murder of George Parkman … before the Supreme Judicial Court of Massachusetts …

During the trial of John White Webster, Nathan Cooley Keep was called to identify the dental remains which were found in the basement of Harvard Medical School. Here Keep outlines the distinctive peculiarities of the teeth and lower jaw and associates the remains with the casts and trial plate he had made for George Parkman four years earlier.