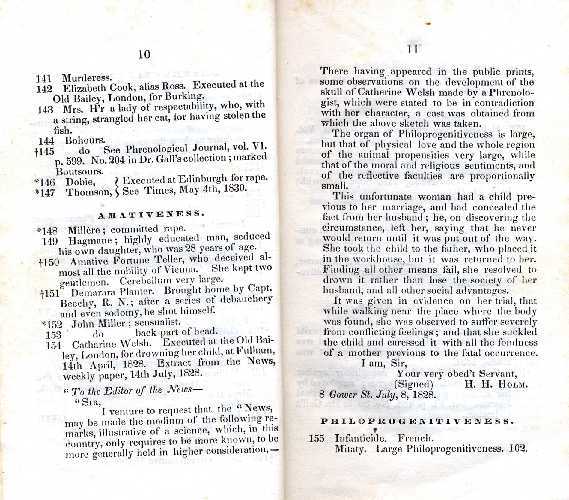 Spurzheim's demise was met with a surprising outpouring of emotion and respect. Some 3,000 people are said to have attended his funeral at Old South Church on November 17th, and his body was interred in Mount Auburn Cemetery. That evening, a new organization, the Boston Phrenological Society, was proposed to both honor Spurzheim and promote the research and scientific study of phrenology and its implications. On December 31st, 1832—Spurzheim's birthday—the society was established.

Although short-lived, the Boston Phrenological Society proved very influential. Many of its members were physicians; it collected a large array of skulls and casts and published an English translation of Gall's works along with its own journal, The Annals of Phrenology. The Society remained active until 1842.

In 1850, after the Boston Phrenological Society had been dormant for some years, its collection of casts and skulls was sold to Dr. John Collins Warren and later added to the specimens of the Warren Anatomical Museum at Harvard Medical School.