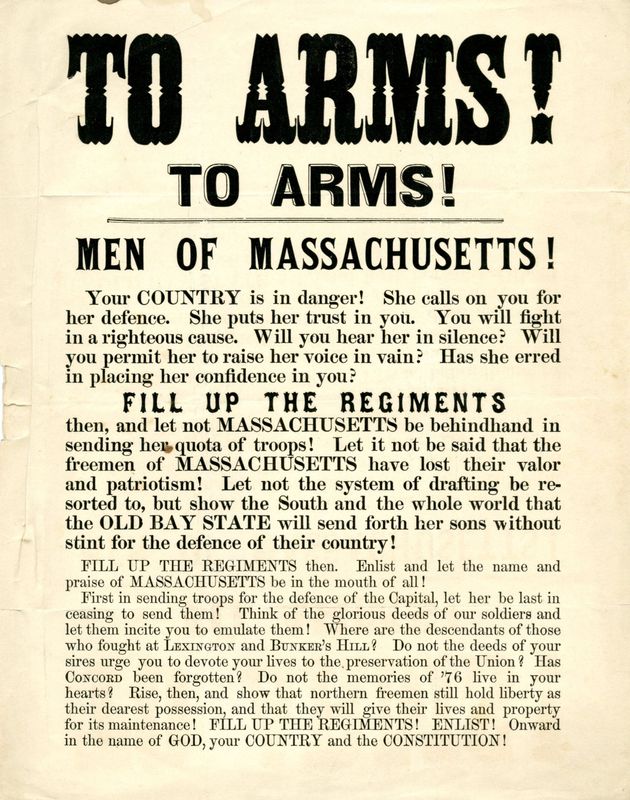 Why, after 150 years, do we continue to find the American Civil War so compelling?  Certainly the nature of the conflict and the appalling number of casualties--some 620,000 killed in action or dead of wounds or disease--have engrossed the attention of historians, researchers, and the public since the war itself.  The war was also fought on home soil, with many battlefields near American cities and towns.  Even more gripping, perhaps, is the array of documentation that survives from the war.  Hundreds of books and memoirs of wartime experiences and military life have been published over the years, but there are also rich collections of official government and military records, personal letters and diaries, photographs, newspapers and periodicals, clothing, artifacts, relics, weapons and armaments, memorabilia, artwork, poetry, and music, documenting every conceivable aspect of the Civil War, from men and women, Union and Confederate, soldiers and civilians, that offer local and personal dimensions to an epic national political and military struggle.

Battle-scarred examines the Civil War from a particular perspective, drawing on the rich library and museum resources of the Countway's Center for the History of Medicine, to commemorate those who died in battle and also document the experiences of the wounded and the ill and the men and women who cared for them on the battlefield, in hospitals and prison camps, and on the home front.

What was it like to experience and survive the Civil War?  What kinds of physical, mental, and emotional demands were made on soldiers and on the medical personnel who treated them, and how were they met?  Even after the surrender at Appomattox and the assassination of Abraham Lincoln, survivors of the war faced lives marked by physical and mental disability, missing limbs, disfiguring wounds, chronic illness, and hardship.  Battle-scarred considers these matters through the letters, photographs, artifacts, and personal accounts of soldiers, physicians, nurses, and relief workers.  While some names are familiar--Louisa May Alcott, Henry I. Bowditch and Henry Pickering Bowditch, S. Weir Mitchell, and Walt Whitman among them--others are virtually unknown, such as Alfred Richardson Glover, Lucius M. Sargent, Abraham Liddon Cox, DeForrest Douglass, and Robert Ware.  These obscure individuals too give voice to powerful and emotional stories that provide an historical perspective on the challenges and issues of the wounded warriors and veterans of any period, including the battle-scarred from the conflicts in our own time.

The Dead and the Wounded →
Introduction