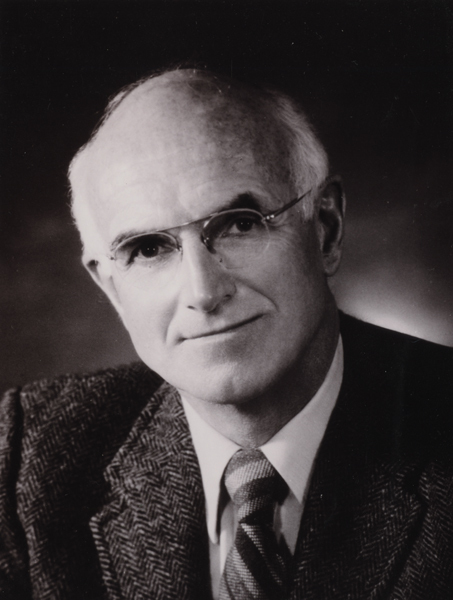 Dr. Joseph E. Murray, recipient of the Nobel Prize in Physiology or Medicine in 1990, is well known for his pioneering work on kidney transplants and research on immunosuppression. Dr. Murray has also had a long and distinguished career in facial reconstruction and many other aspects of plastic surgery. Along with his surgical accomplishments, Dr. Murray, like Drs. Kazanjian and Cannon, has been a strong and effective advocate for the advancement of plastic surgery as a respected specialty in Boston.

Joseph E. Murray was born in 1919 in Milford, Massachusetts. He graduated from Holy Cross College in 1940 and went on to attend Harvard Medical School, receiving his M.D. in 1943. Immediately after graduation he interned at the Peter Bent Brigham Hospital. In 1944, Dr. Murray was inducted into the Medical Corps of the United States Army and assigned to the plastic unit at the Valley Forge General Hospital, where he met Dr. Bradford Cannon and began his career as a plastic surgeon.

Dr. Murray left the military in 1947 and returned to the Peter Bent Brigham Hospital. The Brigham had no formal residency established for plastic surgery, and thus Dr. Murray, upon completion of his general surgical residency, went to New York City for specific training in plastic surgery at the New York and Memorial Hospitals. In 1951, Dr. Murray returned to the Brigham Hospital, joining the surgical staff there. During his experience at the Valley Forge General Hospital, Dr. Murray became interested in the challenges of skin grafting and tissue transplantation. This led to his interest in organ transplant surgery. Upon his return to Boston in 1951, Dr. Murray joined a team of researchers based at the Harvard Medical School and the Brigham Hospital to pursue his interests in solving the problems presented by transplantation. In 1954, he presented techniques to the Boston Surgical Society concerning reconstruction after surgery for head and neck cancer. In the mid- 1960s, Dr. Murray developed new techniques for craniofacial reconstruction.