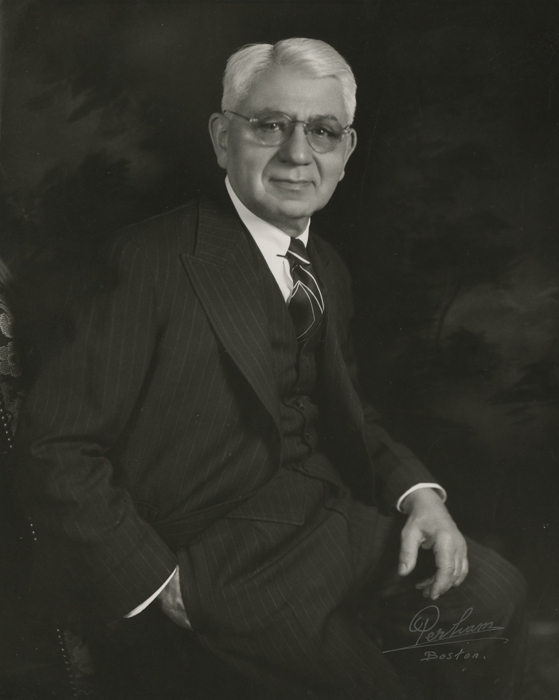 Varaztad Hovannes Kazanjian's pioneering contributions to plastic surgery transformed the new discipline into an esteemed surgical specialty. He recorded his unique treatments and methods in one hundred and fifty journal articles and he co-authored with John M. Converse (1909 - 1981) the classic The Surgical Treatment of Facial Injuries (1949).

Dr. Kazanjian was born in Turkish Armenia on March 18, 1879. To escape the civil strife of his homeland, he came to the United States in October 1895. He settled in Worcester, Massachusetts, and began working in a wire mill. It was at the mill that Dr. Kazanjian first displayed the natural dexterity that would serve him so well in the field of plastic surgery.

At the suggestion of a co-worker, Dr Kazanjian decided to pursue a career in dentistry. To further his education and prepare for dental school, he spent his nights taking classes and learning English while he worked in the wire mill during the day. His diligence was rewarded and he entered the Harvard Dental School in 1902.

In 1905, Dr. Kazanjian received his D.M.D. degree from Harvard. Upon his graduation, he began a private practice and accepted a position as an Assistant in Prosthetic Dentistry at the Harvard Dental School. While working at the Dental School Clinic, he treated over four hundred jaw fractures and introduced a new method of treatment. He was one of the first practitioners to replace the cumbersome interdental splint with a simpler intermaxillary wiring method.

Throughout his career Dr. Kazanjian often crossed the line between prosthetic dentistry and plastic and reconstructive surgery. During World War I he was able to use his skill in prosthetic dentistry to reconstruct the faces of soldiers disfigured during combat. In recognition of his service, he was invested in 1919 as a Companion of the Order of Saint Michael and Saint George.