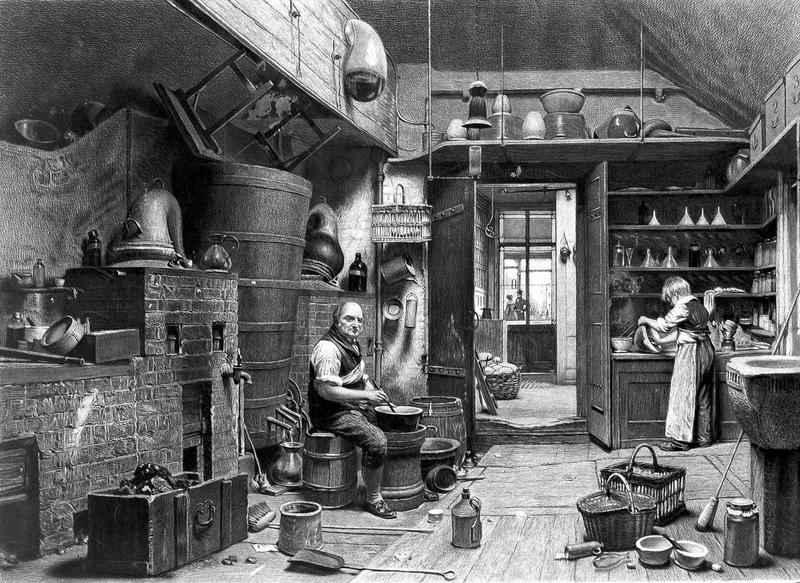 An apothecary and his apprentice working in the laboratory of John Bell's pharmacy. Engraving by J.G. Murray, after W.H. Hunt, 1842. Image courtesy of the Wellcome Collection (CC).

British law at the beginning of the eighteenth century enforced the monopolies of the tripartite system of medical professionals, and in theory regulated their activities. However, by this time the system was under pressure, and boundaries of practice were shifting. The low numbers of elite physicians in comparison with market demand for medical care meant that the public were turning to apothecaries as a more readily available- and cheaper- alternative. Due to this imbalance in care, as well as overcrowding amongst the apothecaries, the old hierarchy began to give way. A turning point came when the Rose Case of 1704 approved this custom in law and gave apothecaries the freedom to practice physic as well as pharmacy. Throughout the eighteenth century, English apothecaries therefore developed into a group calling themselves general practitioners (and indeed, resembling modern-day GPs), and divisions between the tripartite professions further broke down. By the end of the century, the surgeon-apothecary treated a wide range of social classes. As they were not educated to the same level as the physician (nor did they share their social status) they were a great deal cheaper and were thus used more widely by the general populace for medical care.

By the 1800s the role of the apothecary had changed considerably. Whilst some apothecaries were still involved in the dispensing and mixing of drugs, few did so from a retail perspective and instead charged patients directly for remedies during clinical visits. The retail aspect of medical practice had now fallen to a separate group, the chemists and druggists. The Regency and Victorian druggists ran their profitable businesses from a street shopfront, and like seventeenth-century apothecaries, were involved in the on-site manufacture of their own medicines. They also took on an advisory role for those members of the lower and middle classes who could not afford the expensive care of a physician, but who were literate in the kinds of drugs needed to treat minor ailments. The druggists were entrepreneurial as well as medical, businessmen as well as trained practitioners. They successfully saw and filled a gap in the market left by the transition of the surgeon-apothecary to general practitioner; namely, an opportunity to sell drugs cheaply and undercut the prices charged by this new rank-and-file physician. 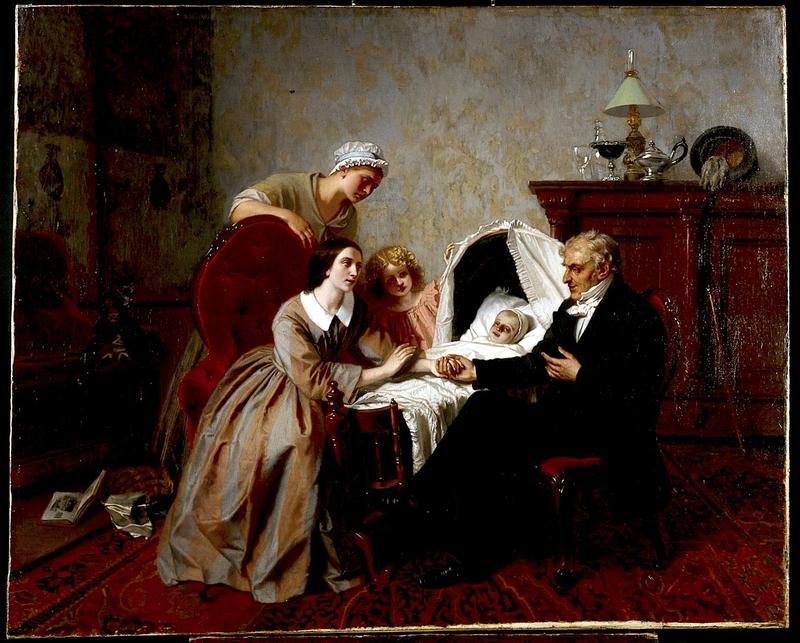 Unsurprisingly, a rivalry developed between the apothecary-GPs and the chemist-druggists over professional turf, particularly in regard to dispensing physicians' medicines. The apothecary-GPs’ desire to establish professional distinction led to agitation for legal reform and, eventually, to legal regulation of the medical community. Between the 1815 Apothecaries Act and the 1858 Medical Act, the practice of medicine became regulated in Britain. Apothecaries became subject to rules regarding training, licensing, and practice. Chemists and druggists were excluded from this licensing, but defined as a distinct profession with their own jurisdiction. Towards the middle of the century, they began pushing for their own regulatory body in order to prevent charges of quackery, and reinforce their medical status. This culminated in the founding of the Pharmaceutical Society in 1841. Schools were then set up to teach pharmacy, and the Pharmacy Acts of 1852 and 1868 helped to regulate the sale of pharmaceuticals, and create uniform standards of training and examination. However, not all chemists and druggists educated themselves in this way, and many continued to learn the ropes via apprenticeship until late in the nineteenth century.

By the mid-1800s, the English chemist and druggist were well-established professionals, defined by their work in a wholesale and retail capacity, and catering to a population before, instead of, or in addition to, the intervention of a GP. Their services were wide ranging and competitive; they sold a variety of items, from toiletries and food to ointments and pills, and were appealing to a paying customer who (at least in the cities) had a choice of establishments to patronise. Despite this, many succeeded in making an excellent living, and had a high standing within their communities. Broadly, they functioned as a medical “first-port-of-call” for many different social classes.