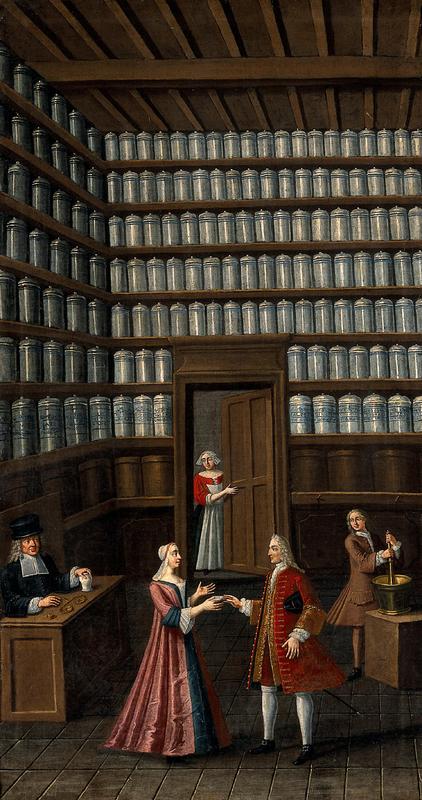 In France, things developed differently. Regulation and training within medical practice was centralised into state-run schools during the Revolution and continued this way into the nineteenth century. Apothecaries did not evolve into a GP role as they did in England. Instead, with the centralisation of medical training, they became regulated and licensed under the College of Pharmacy (Collège de Pharmacie), therefore developing into the modern day “pharmacist”. From this point on, graduates from the College were the sole body licensed within France for the sale of medicinal drugs, with regulation in place to protect the public from the sale of adulterated products.

The College of Pharmacy had been set up as an administrative and educational body in 1777, and after the Revolution these functions were continued under the new government alongside its additional role in licensing. In 1840, the College became part of the national university system, and by the mid-nineteenth century pharmacists in France all held a degree. The College guaranteed graduates a thorough education in pharmaceuticals and also limited entry so as to reduce competition in the market, assigning each pharmacist a regional populace similar to the parishes given to clergy. There was therefore greater continuity in the apothecaries’ daily practice than in England, as they remained specialists in the manufacture, dispensing, and sale of medicines, rather than patient treatment. However, some pharmacists did also offer health advice, and advise on which drugs a patient might require. The high level of professionalisation amongst the pharmaceutical community encouraged scientific experimentation, and French pharmacists of this period were instrumental in the progress of chemistry as a science.

French druggists, on the other hand, were an unregulated group descendant from the medieval spicers, and were only allowed to sell préparation magistrale, or items considered to have no proven medicinal value, such as homeopathic remedies and toiletries. As such they were not considered by the state to function in a medical capacity, and were not included in the new licensing legislation. As the only group licensed for the sale of medicines, French pharmacists sold a far narrower range of products than the druggists. This is in contrast to many English chemist-druggists who sold all of these different kinds of items under the one premises, and were thought of as part of the medical community, albeit an unorthodox branch. Aside from this, French pharmacists of the mid-nineteenth century were similar to their English cousins, and worked out of a shop selling to the public. The primary difference between the two professional groups lay in the regulatory and educational processes of each country.