Medical Treatment in the Nineteenth Century 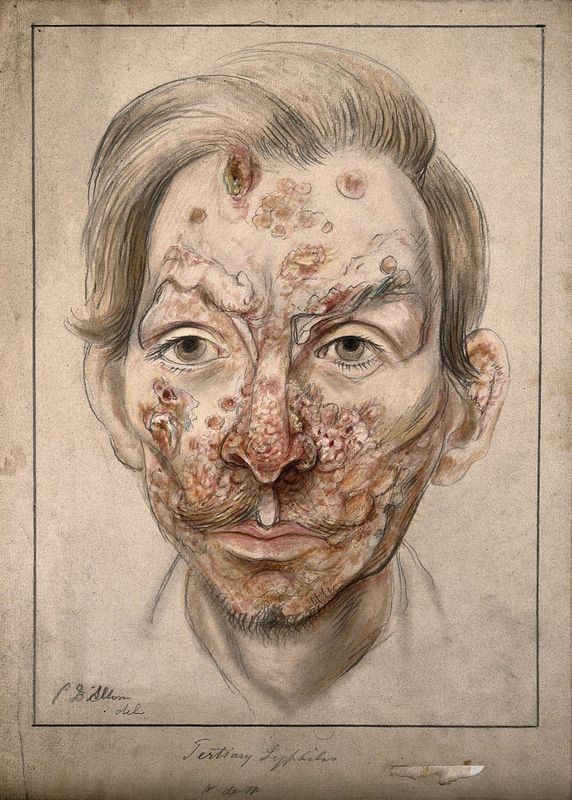 Head of a man with syphilitic lesions affecting his face. Watercolour by Christopher D'Alton, 1874. Image courtesy of the Wellcome Collection (CC).

In Classical medicine, the body was understood to be made up of four humours, which were balanced in health and unbalanced in disease. For many centuries, medical treatment was based around the concept of restoring balance to the body, often by so-called heroic methods such as purgatives or blood-letting, named for their drastic nature. In the nineteenth century, treatment was still remarkably similar, despite the fact that theories of disease had long moved away from Classical ideas of bodily humours.

By the eighteenth century, a mechanical concept of the body had developed. The human body was understood as made up of interconnected, constituent parts, which- if they broke down or failed in some way- could cause disease. A nosological approach to sickness had become established, whereby different illnesses were classified by their symptoms. Advances in anatomy during the early 1800s linked symptoms to changes in the body, and diseases began to be approached through physical diagnosis. Where in the body could the disease be found, where had this breakdown or failure occurred? Lesions became just as important as symptoms, and physicians associated sickness with specific organic changes. Developments in cellular anatomy and pathology, alongside technological innovations such as the microscope, meant that by the mid-nineteenth century disease was about what a clinician might find in the body. The rise of hospitals, and the practices of observation which they enabled, also encouraged a view of diseases as “types”, and an understanding that they tended to progress in the same way in various patients.

Despite these advances, it wasn’t until the advent of germ theory in the 1870s that this anatomical-pathological model of disease specificity (illness affecting a particular part of the body, i.e. through legions or structural changes) expanded to include the concept of etiological specificity as well (particular causes for particular illnesses, i.e. bacteria). Theories of contagion, for example, were debated, and miasma remained a leading theory of infection. Likewise, during the first half of the nineteenth century, laboratory scientists had started to figure out how drugs worked in the body, understanding that they did so through targeted action on a specific bodily system, rather than acting holistically upon the whole anatomy. However, until the 1890s and the discovery of drug receptors it was little understood how exactly this process occurred, and such ideas did not readily filter down into the average pharmacist or druggist’s concept of treatment. 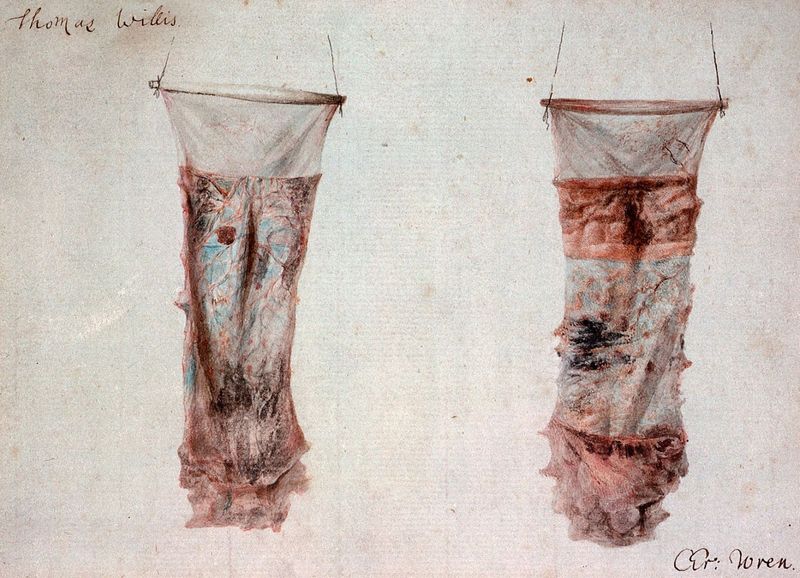 Consequently, during the mid-nineteenth century drugs were still classified by their physiological effects- the reaction they produced in the body. Therapeutic practice in this period was therefore very much based on removing symptoms and restoring a “normal” state in the body, rather than offering a specific medicine for a specific root cause of sickness. Instead, drugs were given in order to rebalance the patient. This could be done either by stimulants, raising a debilitated body back up to health, or by lowering cases of over-excitement through the use of depletives. Symptoms were seen as indications of this imbalance and treatment was guided by them. The normal state of the body could be quantified through empirical measurements such as temperature, pulse rate, or the quality of urine, and therapies were intended to coax the diseased body back into line with these standards.

Physicians were concerned with creating measurable differences in symptoms, and pharmacists and chemist-druggists prescribed remedies which they believed to provide this normalising function for the patient. By the 1850s, this was most commonly through the use of stimulants, in order to strengthen the sick person’s enfeebled, diseased constitution. However, earlier heroic (depleting) remedies such as purgatives were still used.