A Census of Slaves and Slaveholders 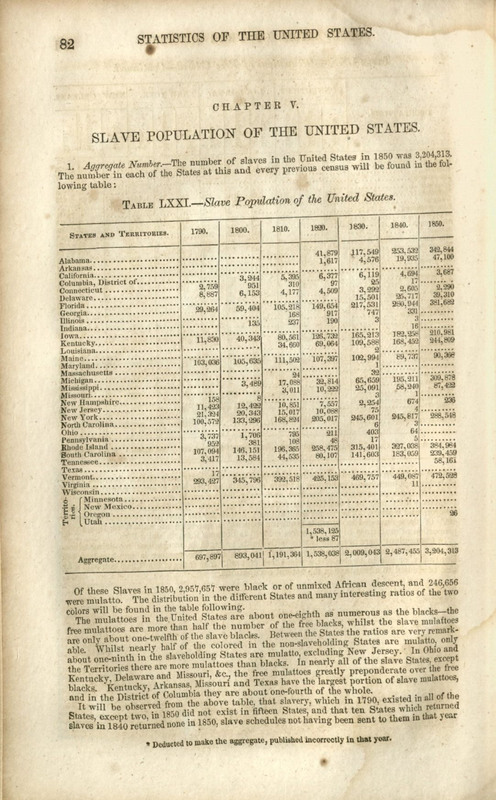 An anonymous gift to the Library of Harvard Medical School, 1934

This condensation of the 1850 U.S. Census includes statistics on the number of slaves in each state with information on their ages, sex, and mortality along with a statistical profile of slaveholders. Before the Civil War, there were over three million slaves with just under 350,000 slaveholders. 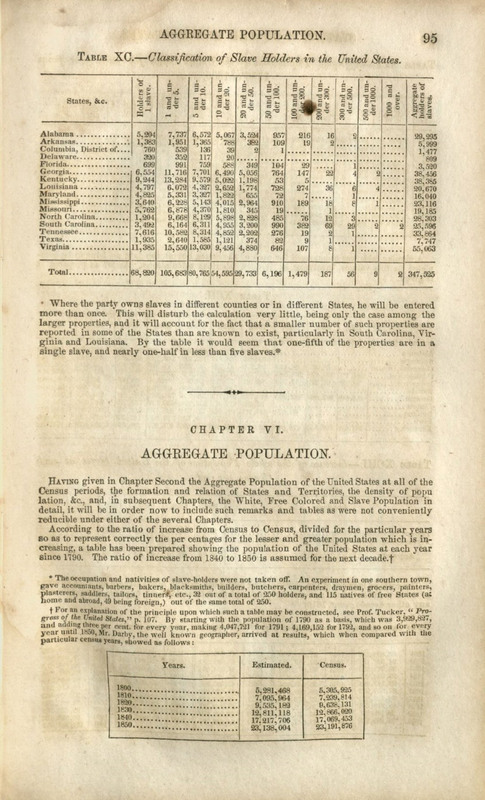