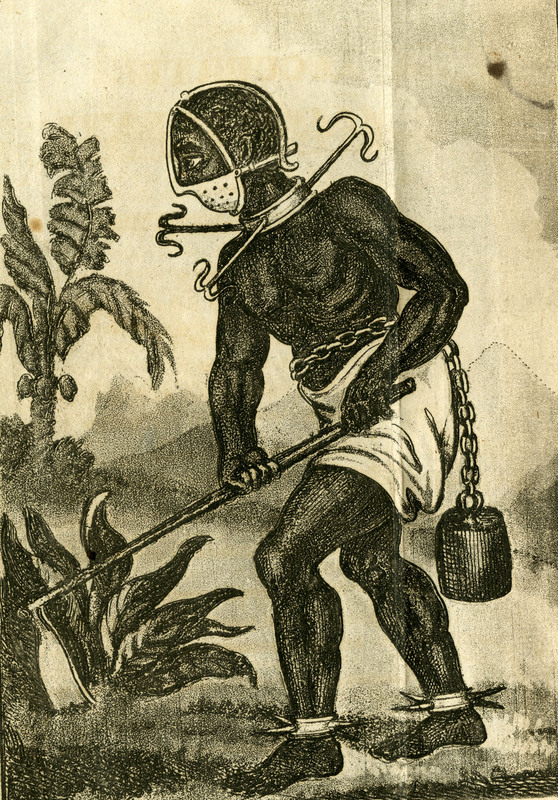 "A Slave at Work with a Head Frame and Mouth Piece to Prevent his Eating, Collar, Spurs, &c with a 56 Pound Weight Fastened to His Body to Prevent His Absconding"

An Accurate Account of that Horrible and Inhuman Traffic, the Slave Trade : Shewing the Treatment Which the Slaves Experience, the Mode of Procuring Them &c. : with a Description of the Iron Instruments Used
in this Abominable Traffic
(London : Printed and published by John Fairburn, Junior, 4 Fountain-Court, Minories, [not before 1800])

From the collections of the Boston Medical Library

This brief anonymous English pamphlet describes the treatment of slaves in the West Indies. 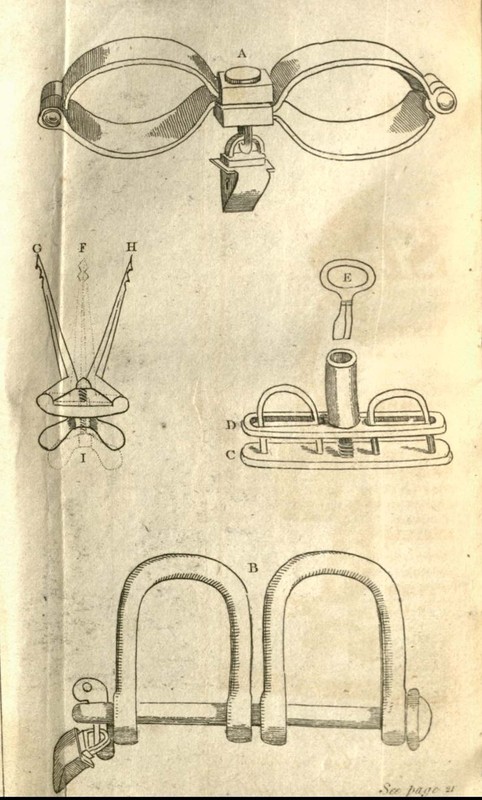 "The Iron Instruments Used in the Abominable Traffic, the Slave Trade"

The plate includes illustrations of handcuffs, shackles for the legs, a thumb screw, and the speculum oris.  "This instrument is known among surgeons, having been invented to assist them in wrenching open the mouth--is in case of a locked jaw; but it had got into use in this trade.  The above is used when the slaves are sulky, which frequently happens, that they shut their mouths against all sustenance, and this with a determination to die, and it was necessary their mouths should be forced open to throw in nutriment, that they who had purchased them might incur no loss by their death."

← Magdeleine of Martinique
Medical Care of Slaves →
Instruments of Slavery