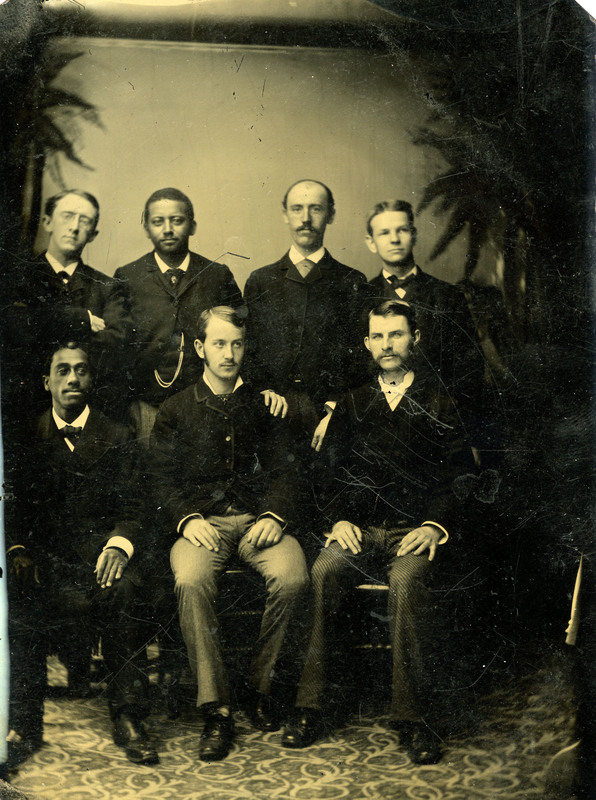 Photograph of Members of the Class of 1881 of the Harvard Dental School, circa 1881

From the Archives of the Harvard School of Dental Medicine

Photograph of Robert Tanner Freeman by Henry Ulke, circa 1868

Photograph of George Franklin Grant by E. S. Dunshee, circa 1870

Many abolitionists believed that promotion of the education of African Americans would be essential to bringing an end to slavery.

In the autumn of 1850, Harvard's Faculty of Medicine considered the question of admitting a woman and three African-American men. The woman, Harriot Kesia Hunt, ultimately withdrew her application, but the three men—Martin Robison Delany, Issac Humphrey Snowden, and Daniel Laing, Jr.—were admitted and attended lectures during the winter term. A majority of the students protested their presence, however, and the Faculty voted it “inexpedient” to allow them to continue their studies.  Snowden and Laing eventually continued medical study at Dartmouth; Isaac Snowden received his medical degree in 1853 and went on to practice in Liberia.

It was not until after the Civil War that African Americans were permitted to matriculate and complete the course of study.  In 1869, Edwin C. J. T. Howard and Thomas Graham Dorsey were the first African Americans to graduate from the Medical School, along with Robert Tanner Freeman from the Dental School.  George Franklin Grant, who received a degree from the Dental School in 1870, became the first African-American member of the Harvard faculty in 1878.