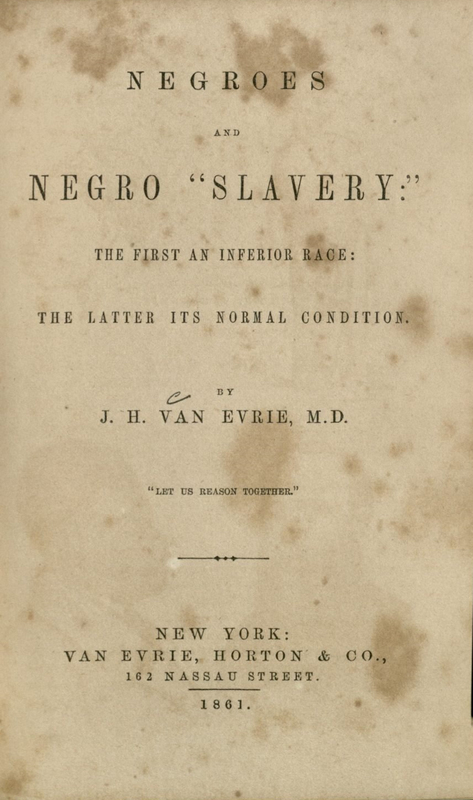 From the collections of the Boston Medical Library

John Van Evrie (1814-1896) of New York first published this defense of slavery as a pamphlet in 1853 and then expanded it to a monograph at the onset of the Civil War.  He espoused the concept that the different races were six distinct species with the Caucasian superior to all others and that any attempt to abolish slavery would "result in the universal degredation and destruction of the white blood of America, with the consequent overthrow of republican institutions, and, indeed, the civilization and Christianity of the New World."

After the war, in 1867, Van Evrie issued a revised version as White Supremacy and Negro Subordination : or, Negroes a Subordinate Race, and (So-Called) Slavery its Normal Condition. 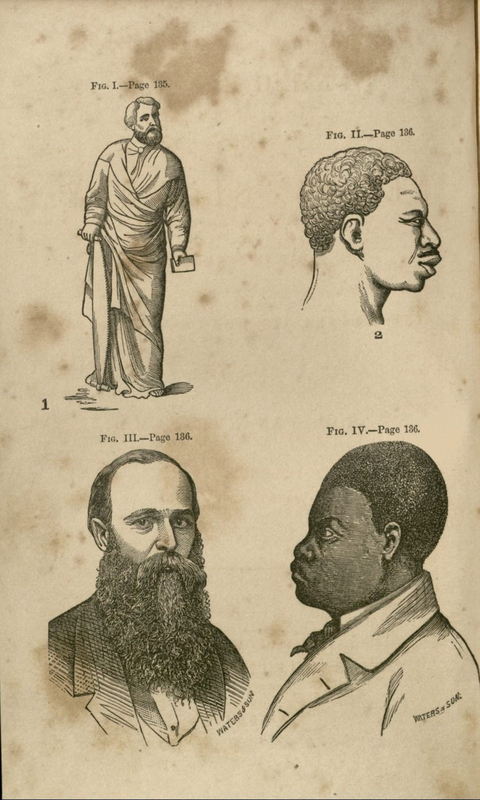