A Portraiture of Domestic Slavery 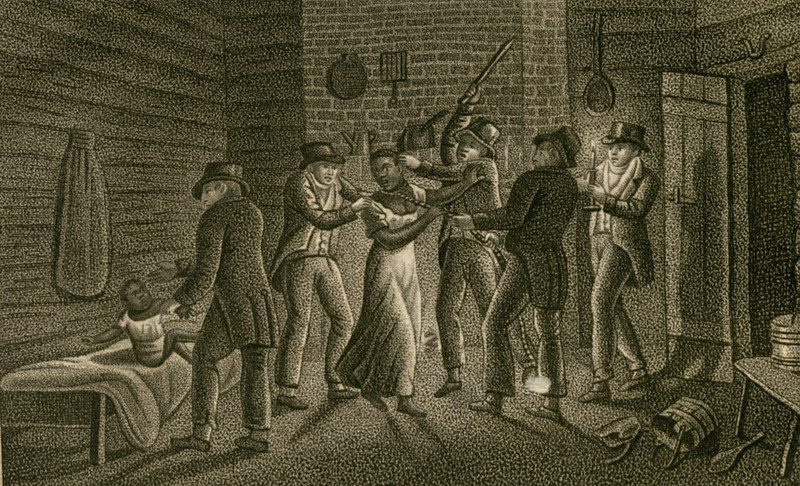 Physician Jesse Torrey, who promoted the education of slaves, became interested in the experiences of kidnapped slaves and freedmen.  He recorded anecdotes of the slave traffic from interviews.

The engraving depicts the abduction of a free pregnant widow who was seized and blindfolded, then sold to a slave dealer and taken to Washington.  Torrey comments, "To enumerate all the horrid and aggravating instances of man-stealing, which are known to have occurred in the state of Delaware ... would require a heavy volume.  In many cases, whole families of free coloured people have been attacked in the night, beaten nearly to death with clubs, gagged and bound, and dragged into distant and hopeless captivity and slavery, leaving no traces behind, except the blood from their wounds." 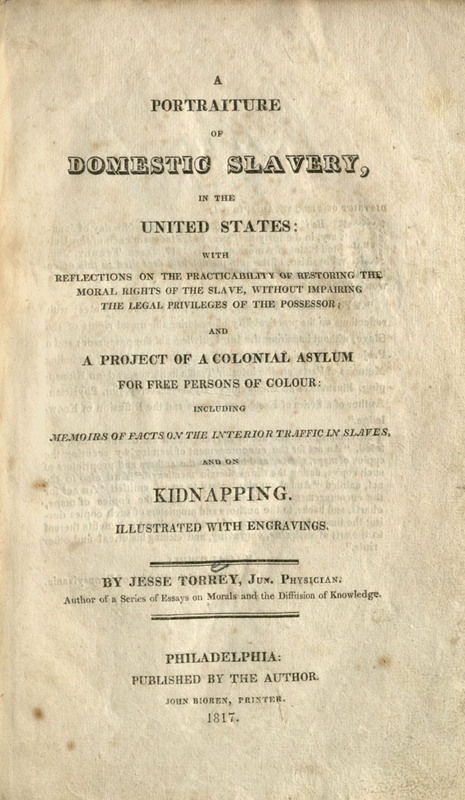 Jesse Torrey (active 1787-1834)
A Portraiture of Domestic Slavery, in the United States... by Jesse Torrey
(Philadelphia: Published by the author, John Bioren, printer, 1817)

Purchased for the Boston Medical Library through the Billings Fund, 1947