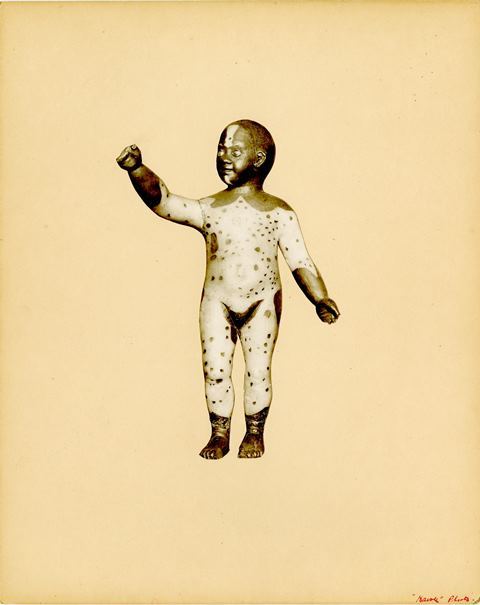 The adjacent two photographic prints are of the front and back of a 26 cm tall wax model of a young girl born in January 1783 on St. Lucia in the eastern Caribbean. The original subject suffered from "piebaldism" or the decrease or absence of melanin pigmentation in the skin. Her name was Magdeleine.

The original wax model was given to the Corporation of Harvard College and the Harvard Medical School by a Boston merchant named Silas C. Brenton on August 11, 1783. Brenton had seen the actual little girl in Martinique where she was being exhibited in a public show. How Brenton acquired the model or the identity of the sculptor is unknown. It was created in May of 1782 and modeled directly from Magdeleine.

In letters that were donated with the wax model, Magdeleine's mother was referred to as a "black ... native" of St. Lucia and her father was described as an African slave. In these letters Brenton reported that, before he left the island, Magdeleine was "purchas'd at an immense sum to carry to Europe as a curiosity of the human species." No mention is made of who sold Magdeleine or by whom she was purchased. There is a long-standing legend that she eventually arrived at the court of Marie Antoinette in France, where she was eventually a victim of smallpox. 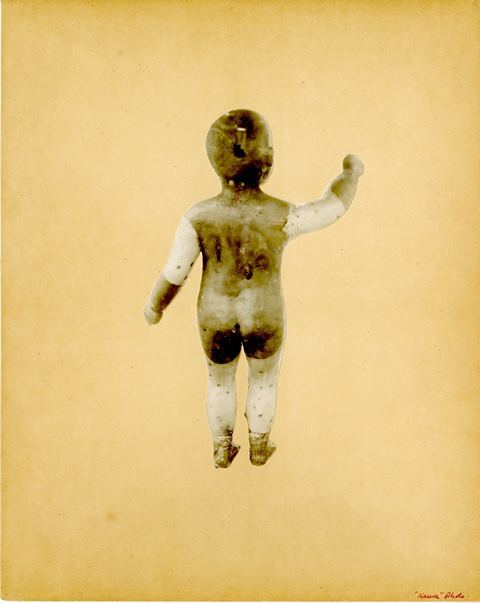 The wax model of Magdeleine is often cited as the first artifact in the museum collections of the Harvard Medical School. For most of the model's existence it was housed in the galleries of the Warren Anatomical Museum. While the model is no longer extant, as it was destroyed by a malfunctioning radiator in the mid-20th century, the Museum has retained these photographic prints that were created for R. Blanchard's 1907 article "Nouvelles observations sur las Negres-pies," published in the Bulletin of the French Society of the History of Medicine.