Slaves in the West Indies 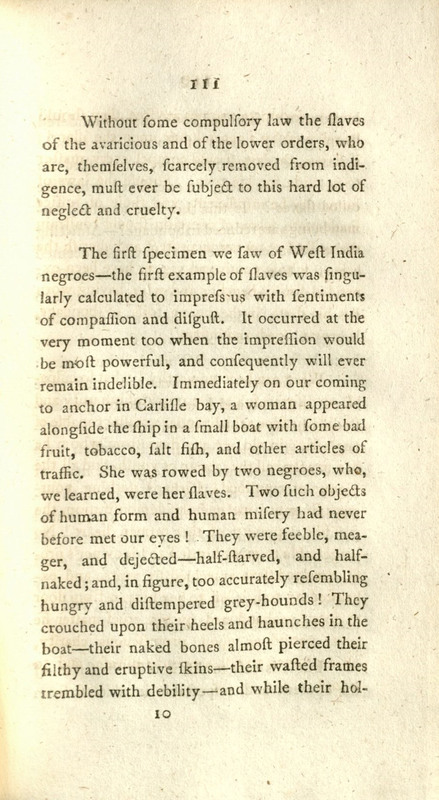 Gift of Henry R. Viets to the Library of Harvard Medical School

George Pinckard (1768-1835) was an English physician attached to Sir Ralph Abercrombie's expedition and traveled through the Barbadoes, West Indies, and Guyana from October 1795 to April 1797.  His lengthy travel account, written as a series of letters, has one of the fullest descriptions of late 18th century slave life and slavery in the West Indies.

Pinckard said, What can be so unworthy! what so culpable or disgraceful, as the cruel inhumanity and sordid injustice, which renders a master capable of neglecting in his old age, the slave from whom he has exacted all the labour of youth, and all the vigour of manhood! Perhaps nothing pourtrays in more melancholy demonstration, the possible depravity of the human heart! No longer able to exert himself to his owner's profit, the aged slave enfeebled by years, and exhausted by toil, is left to beg his yam from door to door!--abandoned by his cruel master he is a pensioner upon promiscuous charity, or is allowed to fall a prey to disease, and to want!  Without some compulsory law the slaves of the avaricious and of the lower orders, who ae, themselves, scarcely removed from indigence, must ever be subject to this hard lot of neglect and cruelty.

The full-text of this item is available through the Internet Archive: