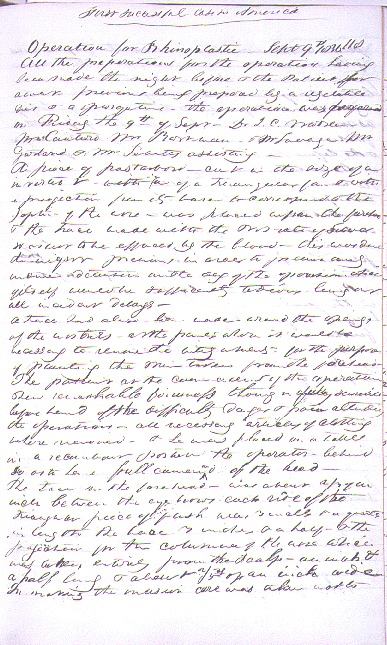 After his graduation from Harvard Medical School in 1832, Dr. Jonathan Mason Warren, like many American medical students, went to Europe and continued his clinical education in the Hôtel-Dieu, La Pitié, and other hospitals of Paris. There he studied the surgical work of Guillaume Dupuytren and Philibert-Joseph Roux and attended lectures of Gabriel Andral. J. Mason Warren returned to Boston in 1835 and assumed his father's medical practice, specializing in plastic surgery.

This volume contains observations of cases Dr. Warren observed in the wards of Paris, but also contains some records of his own patients-including this notable 1836 case of the first rhinoplasty performed in the United States. 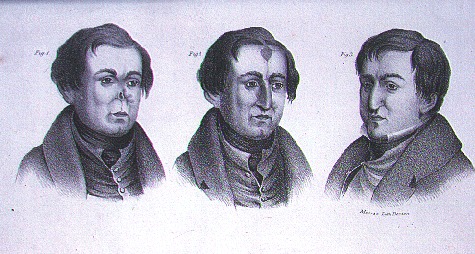 Dr. J. Mason Warren published his account of the first American rhinoplasty in the Boston Medical and Surgical Journal for March 8, 1837. The article is a landmark in the history of plastic surgery in this country. It was reprinted with two additional cases in 1840. The case appears again, thirty years later, in Dr. Warren's Surgical operations with cases and observations (Boston : Ticknor and Fields, 1867).