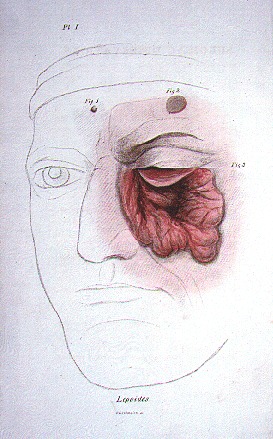 Surgical Operations on Tumours with Cases and Operations, 1837

Based on years of study and examination of patients and specimens, this compendium of Dr. John Collins Warren's research was intended to help physicians distinguish between different kinds of tumors and growths. Specimens from several of the cases described in this volume were eventually housed in the Warren Anatomical Museum. 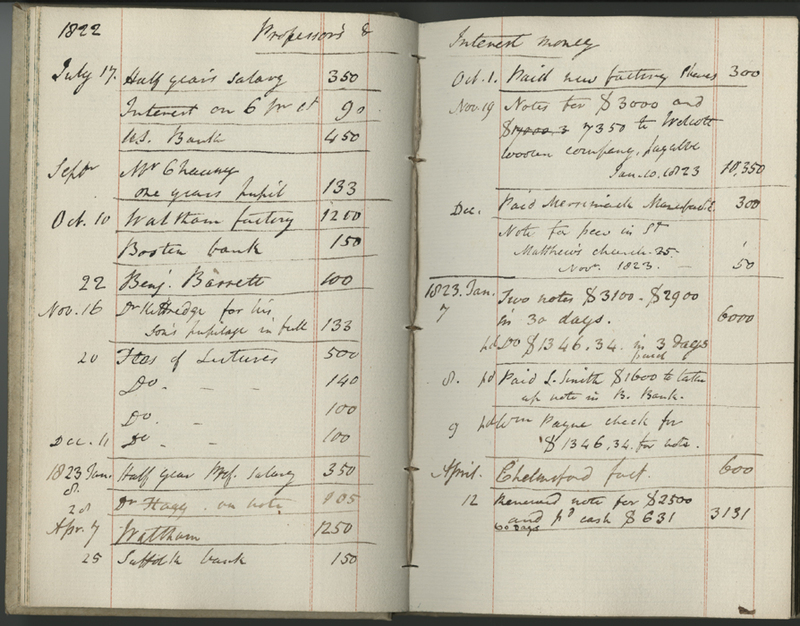 These personal accounts from 1822 and 1823 show the salary which Dr. John Collins Warren earned for the professorship of anatomy and surgery at Harvard Medical School and the fee charged for training of individual pupils. The account book also includes records of medical books ordered by Dr. Warren from dealers in France and Holland in 1809. Many of these titles are preserved in the Warren Library collection. 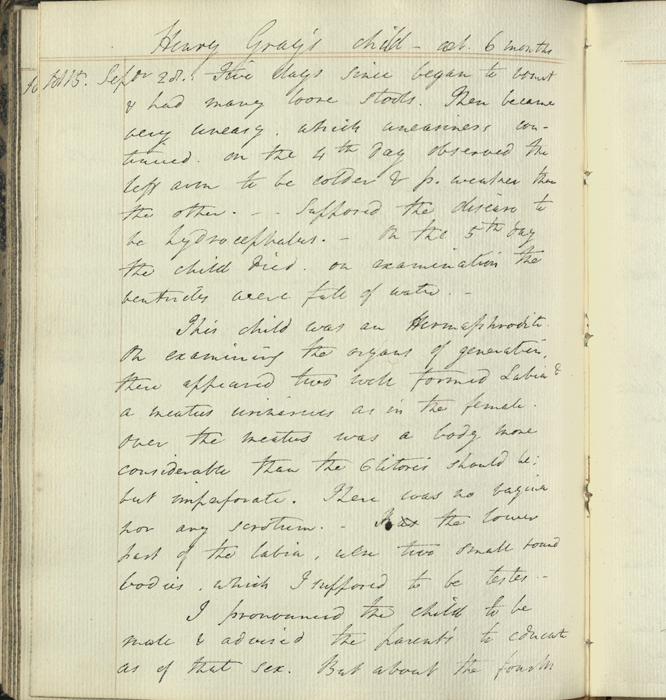 Surgical notes detailing the case of a hermaphroditic child, 1808-1826

This record of the practice of Dr. John Collins Warren documents the treatment of some of his surgical patients and more unusual cases. The casebook records a number of operations for cataract, lithotomies, and cranial injuries, as well as post-mortem examinations of Samuel Webber (1759-1810), the president of Harvard College, and this case of a hermaphroditic child. 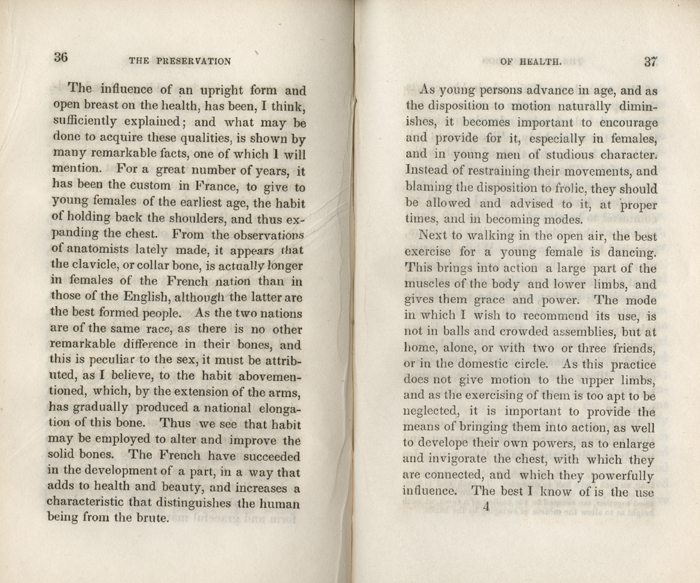 Physical Education and the Preservation of Health, 1846

The second edition of Dr. Warren’s popular pamphlet is an early treatise on preventive medicine. “Let there be a due balance between the bodily and mental exercise… a reasonable regulation of the amount of food and drink, the omission of all extra stimulants… and we might calculate on avoiding a great number of the afflictions which ordinarily harass and shorten our lives.” He cautions against alcoholic beverages and reading by artificial light and extolls the benefits of exercise.

On these pages, Dr. Warren advocates walking, dancing, and some games to develop upper-body strength as suitable activities for young women. 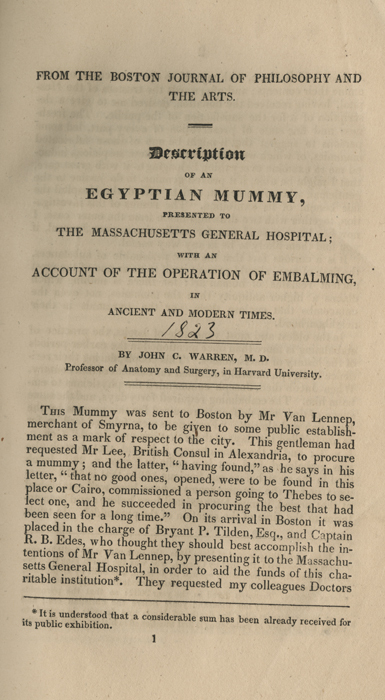 Description of an Egyptian Mummy, 1823

Renowned for his expertise in pathological analysis, Dr. John Collins Warren was approached by the Massachusetts General Hospital to report on the authenticity of an Egyptian mummy which had been donated to the hospital in 1823. The examination—originally printed in The Boston Journal of Philosophy and the Arts—is one of the earliest scientific discussions of mummified human remains and the embalming process. The mummy examined by Dr. Warren is still on display in the Ether Dome at MGH. 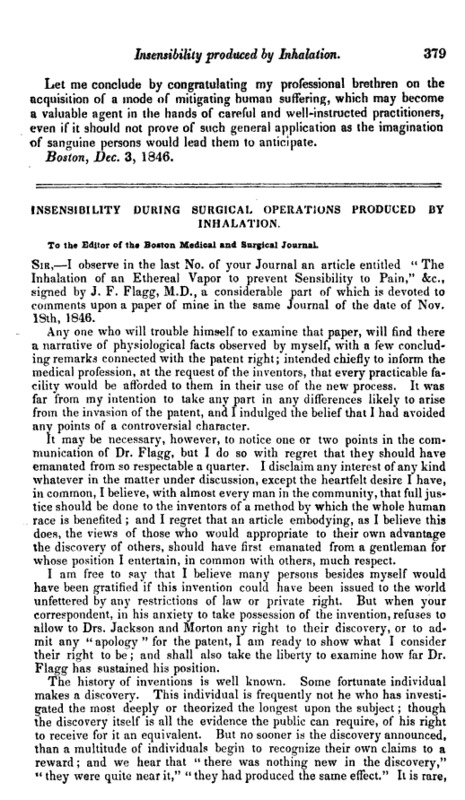 On October 16, 1846, at Massachusetts General Hospital, Dr. John Collins Warren performed the first public operation on a patient under ether anesthesia administered by dentist William T. G. Morton. Dr. Henry Jacob Bigelow witnessed the event and described the operation to the Boston Society for Medical Improvement on November 9. His account, printed in The Boston Medical and Surgical Journal on November 18, is the first medical publication on this groundbreaking achievement.

In Dr. Bigelow's account, the patient, Gilbert Abbott, stated that "the pain was considerable, though mitigated." Dr. John Collins Warren, in an article published in The Boston Medical and Surgical Journal on December 9, said, "Being asked immediately afterwards whether he had suffered much, he said that he had felt as if his neck had been scratched; but subsequently, when inquired of by me, his statement was, that he did not experience pain at the time, although aware that the operation was proceeding." It was only a second operation, performed on the following day, that had a completely successful etherization. 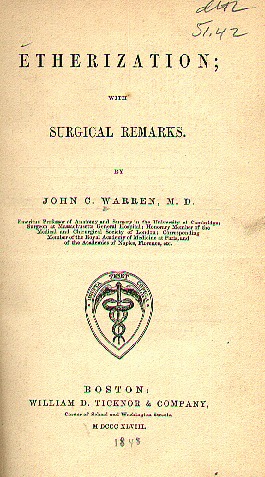 Following the first public operation with ether anesthesia, Dr. John Collins Warren began to assemble data from over 200 surgical cases to promote the discovery, hoping to change "the slow progress of the practice of etherization in this country beyond the vicinity of its first introduction, compared with its rapid extension on the other side of the Atlantic."

This copy of Etherization was presented by John Collins Warren to poet Henry Wadsworth Longfellow (1807-1882), then on the faculty of Harvard College. Longfellow said, "I rejoice that such a calm, dispassionate and firm approval of the great discovery should appear from your pen to cheer the timid, and convince the skeptical. The words you have spoken will have great weight for you speak with authority, and have an indisputable right to speak." Longfellow, too, had a right to speak as, just a year earlier, his wife, Fanny, became the first woman in the United States to undergo childbirth with anesthesia. 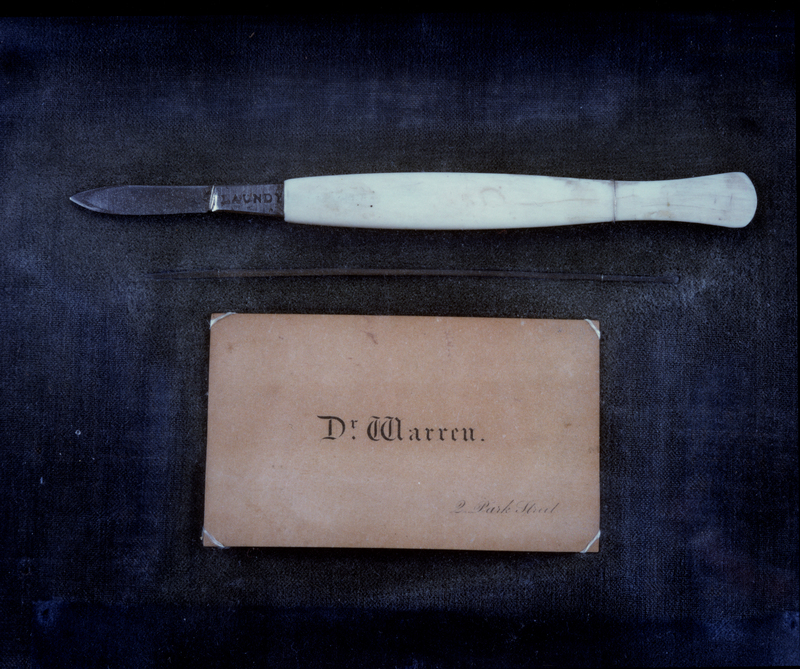 Scalpel and probe used by John Collins Warren at the first public operation under ether, 1846

This Laundy scalpel and probe were the surgical instruments used by Dr. John Collins Warren at the first public operation under ether at the Massachusetts General Hospital on October 16, 1846. Dr. Warren presented the instruments along with his card to photographer Josiah J. Hawes, in gratitude for recording some of the earliest anesthesia operations. Hawes was to have been present at the first demonstration but the thought of the sight of blood kept him away, and Dr. Warren often joked with him about this.