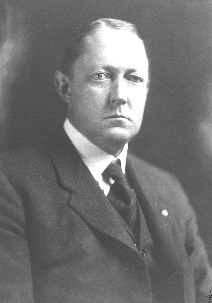 The great-great-grandson and namesake of John Warren, born September 6, 1874, continued the family practice of studying medicine at Harvard, taking his degree in 1900. He did not practice medicine and broke with the long tradition of surgery, however, by devoting himself to the study and teaching of anatomy. He considered himself a teacher first and foremost. At the completion of his studies, Dr. John Warren was appointed assistant in Harvard's Anatomy Department, and then became a Demonstrator of Anatomy in 1901, Assistant Professor, 1908-1915, and then Associate Professor of Anatomy in 1915.

Seeing a need for a dissecting manual for Harvard students, John Warren co-authored An Outline of Practical Anatomy with Alexander S. Begg in 1924. His other major work, Warren's Handbook of Anatomy, a one-volume anatomical atlas, was completed only after his death and published by the Harvard University Press in 1930. Editions of both can be found in the Warren Library collection.