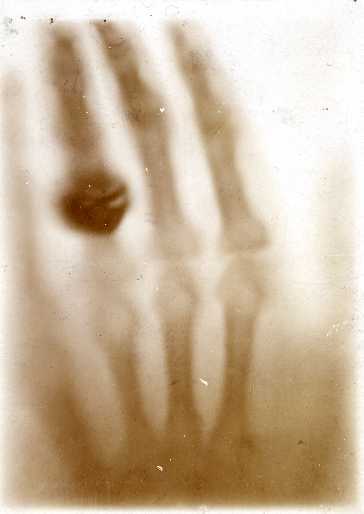 German professor of physics, Dr. Wilhelm Conrad Röntgen, discovered "a new kind of ray"—later known as the X-ray—in November 1895 and recorded the first X-ray images on photographic plates during the following weeks. His discovery would transform modern medicine and surgery, opening up the human body for study and examination in a completely new way.

This blurry image is a print from one of the first X-rays of a human being ever produced and said to depict the hand and wedding ring of Röntgen’s wife, Bertha. 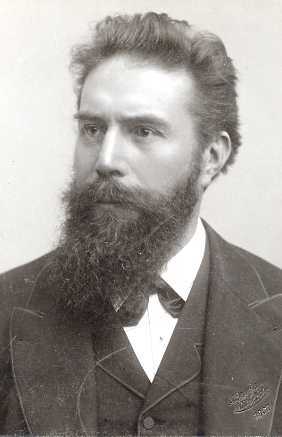 The manuscript announcing W. C. Röntgen’s discovery of the X-ray was submitted for publication in the Sitzungs-Berichte der Physikalisch-medicinischen Gesellschaft zu Würzburg and appeared at the end of the first week of January, 1896. But Röntgen also had a number of reset printings made of the article. On January 1st, a few days before Eine neue Art von Strahlen was published in the journal, he distributed these reprints, along with some sample X-rays, to Lord Kelvin, Henri Poincaré and other prominent physicists for confirmation. In a letter written to Ludwig Zehnder later that winter, Röntgen said, "On the first of January I mailed the reprints and then hell broke loose!"