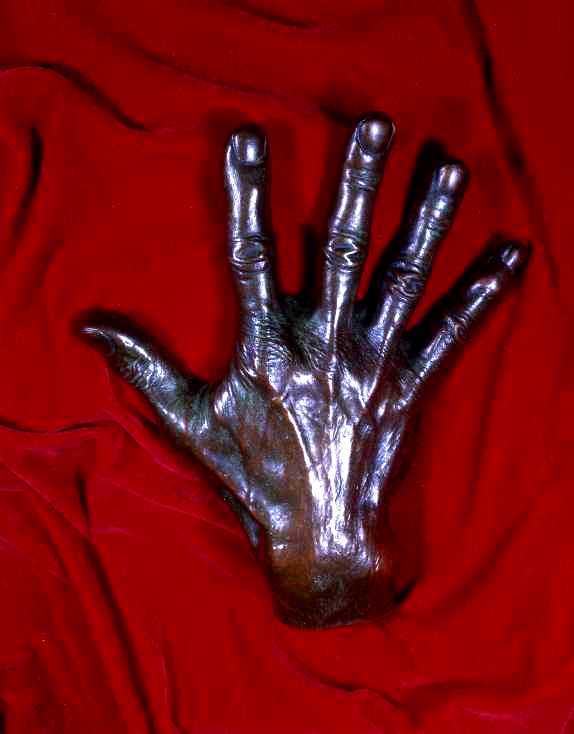 Cast of the Hand of Harvey Cushing, 1922

While on the staff of the Peter Bent Brigham Hospital in Boston, Dr. Harvey Cushing wrote this essay for the 1930 Lister Memorial Lecture at the Royal College of Surgeons of England. This manuscript is the earliest of three separate drafts he donated to Harvard "to represent the evolution of a medical paper from its first thought to the finished article." He continued to revise and correct the essay while sailing to England and even during lunch just before the Lister Lecture. Dr. Cushing’s secretary, Madeline E. Stanton, estimated there were some ten drafts in existence "and if Dr. Cushing hadn’t been pressed for time there might have been half a dozen more. Whether this is due to his peculiarity as a writer or mine as a typist is not wholly clear."