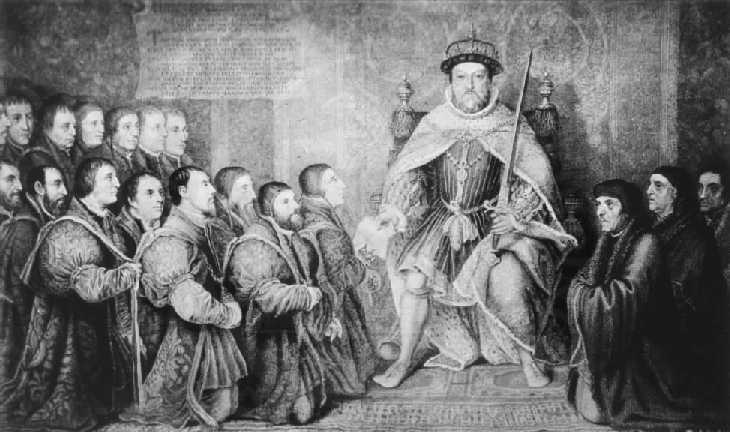 Henry VIII in 1540 Handing to Thomas Vicary the Act of Union between the Barbers and Surgeons of London (London : Bernard Baron, 1736)

This engraving, taken from an original painting by Hans Holbein the Younger, court painter to King Henry VIII, depicts the formation of the Company of Barber-Surgeons by an Act of Parliament in 1540. As they grew more powerful and influential, the surgeons withdrew to form their own independent organization in 1745 and were later chartered as the Royal College of Surgeons of England.