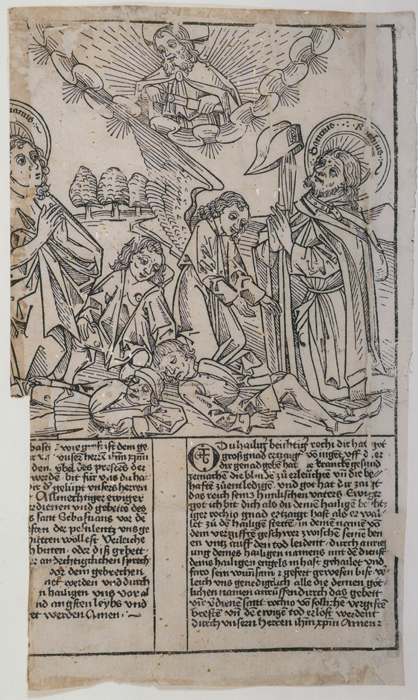 This broadside sheet was printed during an epidemic of plague in the German city of Augsburg in the early 1470s. The woodcut depicts Saints Sebastian and Roch (accompanied by an angel) comforting those struck down by the plague. Prayers to the two saints are printed below. The aid of Saint Sebastian, a third century martyr, was frequently invoked in cases of plague, and the intercession of Saint Roch (d. 1327) was said to be responsible for the end of an outbreak of plague in the city of Constance in 1414. 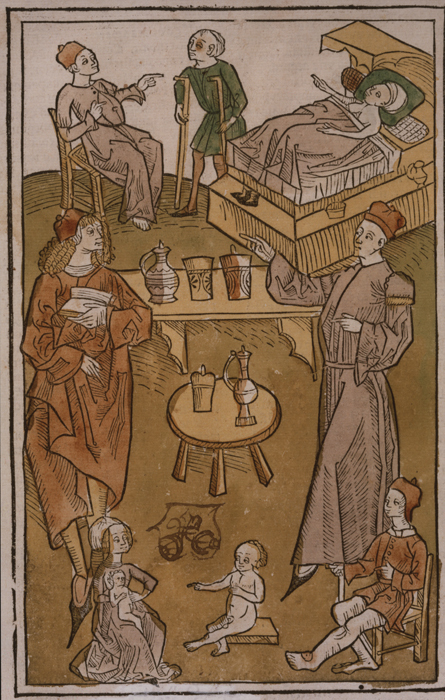 The Hortus Sanitatis ["Garden of Health"] was a common compendium of plant and herb lore during the Middle Ages. This is the first edition, and the existence of twenty others printed in Latin before 1547 attests to the work’s popularity. In addition to botanical information, the Hortus Sanitatis contains tracts on fish, birds, and other animals; mining and gemstones; and this work on the analysis of urine. The woodcut shows a consultation between physicians in a sick room. 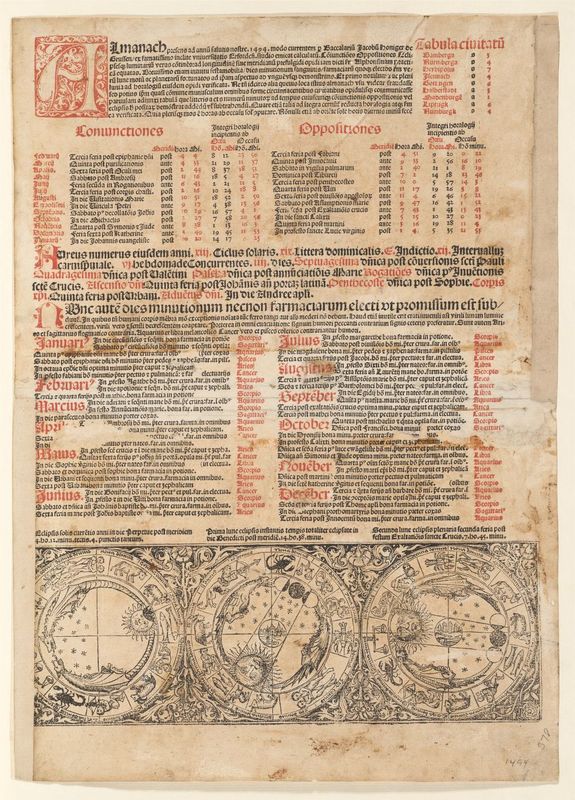 Almanacs were used to record the most propitious days and times for purging, bloodletting, and pharmaceutical manufacture according to astrological and astronomical events. This specimen for the city of Erfurt in 1494 includes woodcuts depicting solar and lunar eclipses. 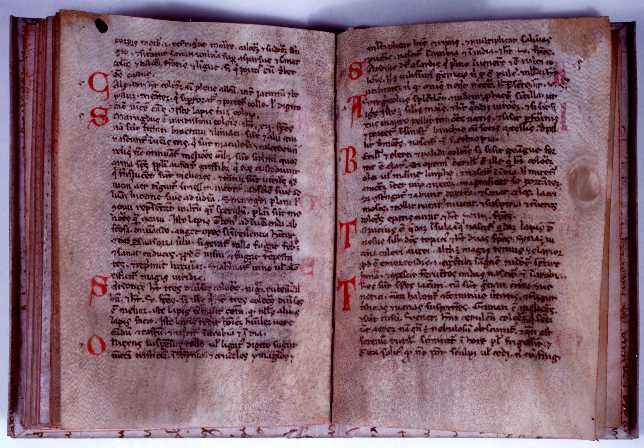 Bishop Marbode of Rennes was a poet, teacher, and scholar of the late eleventh century. His most well-known work, De Lapidibus ["On Gemstones"], is a treatise describing the medicinal, therapeutic, and magical properties of sixty different jewels. These two leaves describe the properties of chalcedony, emerald [smaragdus], sardonyx, onyx, sard, chrysolite, beryl, and topaz.

De Lapidibus was one of the most popular works of scientific and medical lore current in the Middle Ages. Translations into French, Spanish, Irish, Hebrew, and English are known, while over 125 Latin manuscripts have survived. This is one of only three manuscripts of De Lapidibus in the United States.