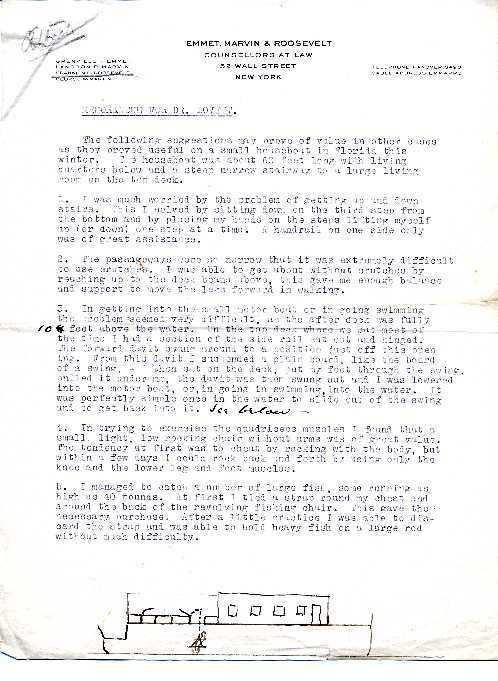 Orthopedic surgeon Robert Williamson Lovett (1859-1924) consulted and examined FDR after he had contracted polio and become partially paralyzed during the summer of 1921. Two years later, Roosevelt constructed this memo for Lovett, describing his means of maneuvering around a houseboat during a fishing trip in Florida, hoping it might prove helpful to other patients.