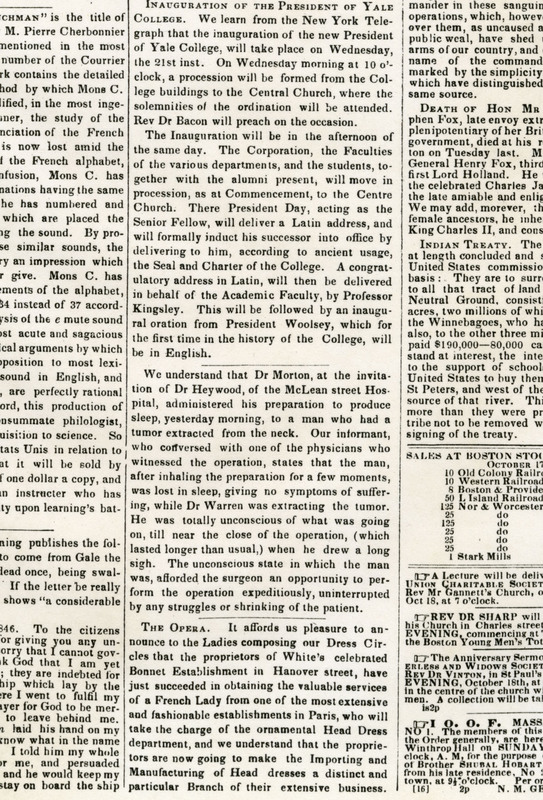 First Announcement of the Gilbert Abbott Operation, 1846
Bequest of Dr. Henry K. Beecher to the Library of Harvard Medical School, 1976

That same day, October 17, George Hayward treated a female outpatient at the hospital for a fatty tumor on the shoulder; this was, in fact, the first complete and successful etherization.