Due to uncertainty regarding the safety of the substance, the hospital then suspended its use, and it was, at this point, still unclear what substance Morton was administering.

Experimentation continued in the meantime, nevertheless, and patients were anesthetized in private practice, by practitioners such as Jonathan Mason Warren in Boston and Abel Lawrence Peirson in Salem.  On November 4, Morton unsuccessfully anesthetized a private patient of George Hayward during a surgical operation on the breast. “Dr. Morton attributed this failure to the fact, that, in hurriedly leaving his office … he broke the inhaler which he habitually used, and was consequently obliged to substitute another and (as it proved) altogether unsatisfactory instrument.” 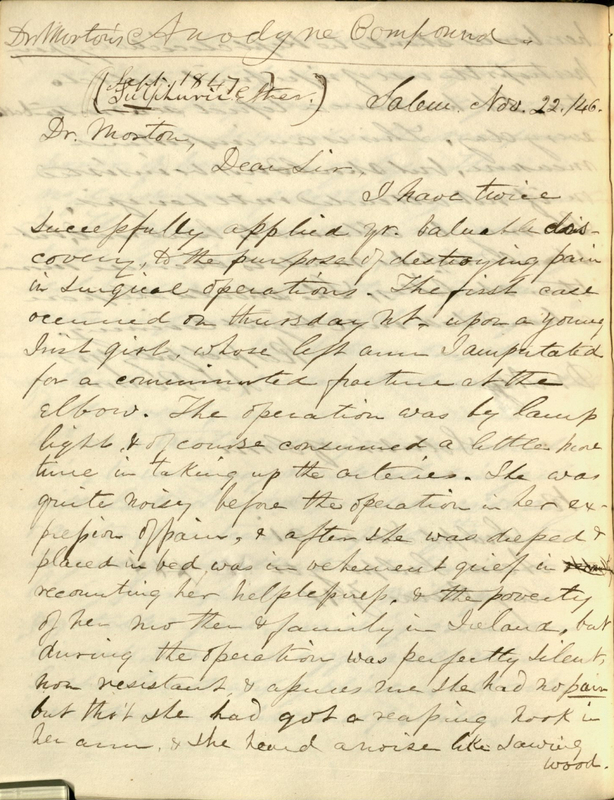 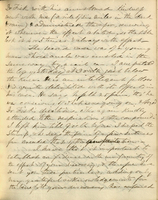 Salem physician A. L. Peirson was one of the first to use ether anesthesia in his practice.   In his letterbook, he records an account he sent to Morton just a few weeks after the Gilbert Abbott operation, describing two successful surgical amputations.  Peirson concludes, “I have tho[ugh]t  it important to establish confidence in the uniformity of the effect of your discovery, & therefore have sent you these particulars, adding only my grateful acknowledgements for the benefits your discovery has conferred on suffering humanity, & ardently desiring that it may be properly appreciated by the profession, & yourself & Dr. Jackson reap satisfactory reward for your labors.” 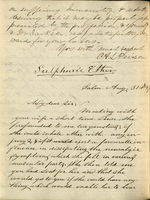