The Operation on Eben Frost 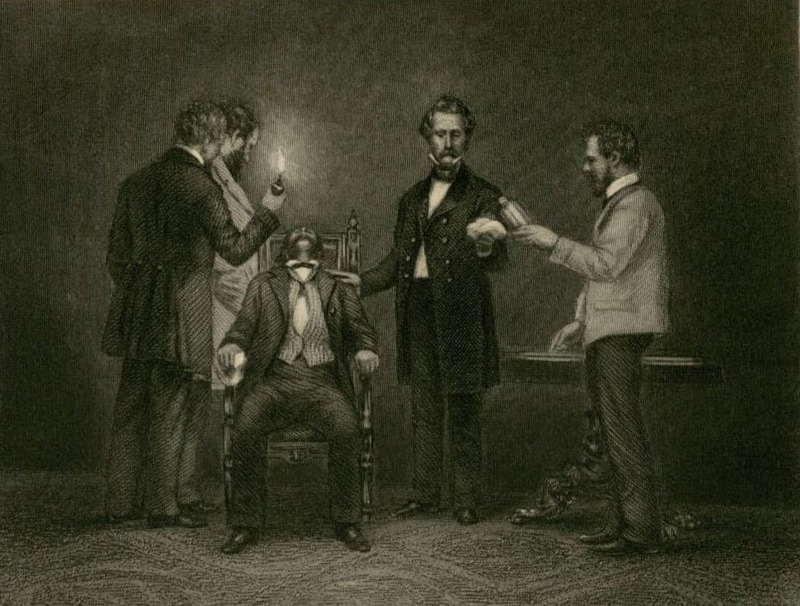 "Wm. T. G. Morton, M.D. surgeon dentist, Boston, administering ether preparatory to performing the operation by which he first discovered and demonstrated the marvellous anaesthetic powers of ether in surgery," by George R. Hall, circa 1858

On September 30, Jackson suggested to Morton that he try using sulphuric ether inhaled through a handkerchief for his patients, and Morton then proceeded to experiment on himself, experiencing an unconscious state for several minutes.

That same evening, Eben H. Frost appeared with a toothache and consented to an experiment.  Morton was assisted by Grenville G. Hayden, with a newspaper reporter, Albert G. Tenney, also in attendance.  The following day, the Boston Daily Journal reported on the extraction of Frost’s tooth “without giving him the slightest pain.”