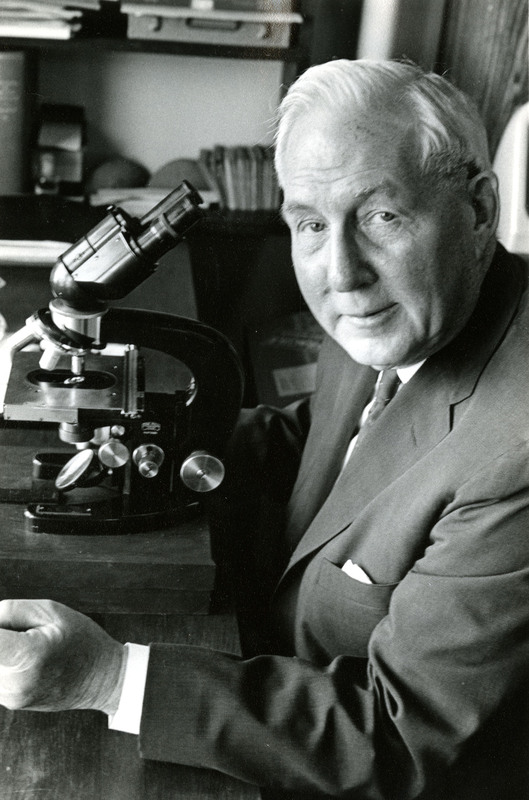 From the Portrait Collection of Harvard Medical School

In August 1959, Harvard's President, Nathan M. Pusey, and Dean Berry appointed an ad hoc committee under Professor Arthur T. Hertig to consider the future of legal medicine at Harvard and address the question of the department’s balance between academic work and service to the community.  In October, the committee also reported that "Mrs. Lee’s ability to endow Legal Medicine at Harvard is doubtful.  She is elderly and largely bedridden and is now thought to be living on her capital.” After some years of invalidism, Mrs. Lee died on January 27, 1962.

Professor Hertig’s report to the dean in April 1961 was stark in its conclusions:

Our Department of Legal Medicine functions as a small institute in the German sense but at present little emphasis is placed on research, some on training and the greatest proportion of its efforts on service.  This is, of course, the weakness of our Department as it is so constituted. This stems from many factors: interest and approach of personnel, departmental morale, relationship of personnel to State and County, the division of County Medical Examinership, and the lack of a sound, well-organized training program at the residency level…. The Professor of Legal Medicine (I believe there should ultimately be one) should be as scholarly in his field or fields as any other Harvard Professor.  How he would function in relation to the State-County set-up, I do not know precisely…. I doubt whether in the Harvard concept a Professor of Legal Medicine should have any arduous routine duties that would take him away from his office, laboratory and classroom for any extended period of time.

By 1963, Harvard estimated its contributions to the state's Department of Public Safety at some $50,000 per year, consulting on nearly 400 post-mortem cases, and this was considered to be an unacceptable burden on the school.  In November of that year, the committee recommended to the Administrative Board of the Medical School that the Department of Legal Medicine be converted to a division of forensic pathology in the Department of Pathology.  Following internal personnel upheavals and personal difficulties, Richard Ford was relieved of all administrative responsibilities, and his appointment ended in June 1965.