"How Murderers Beat the Law" 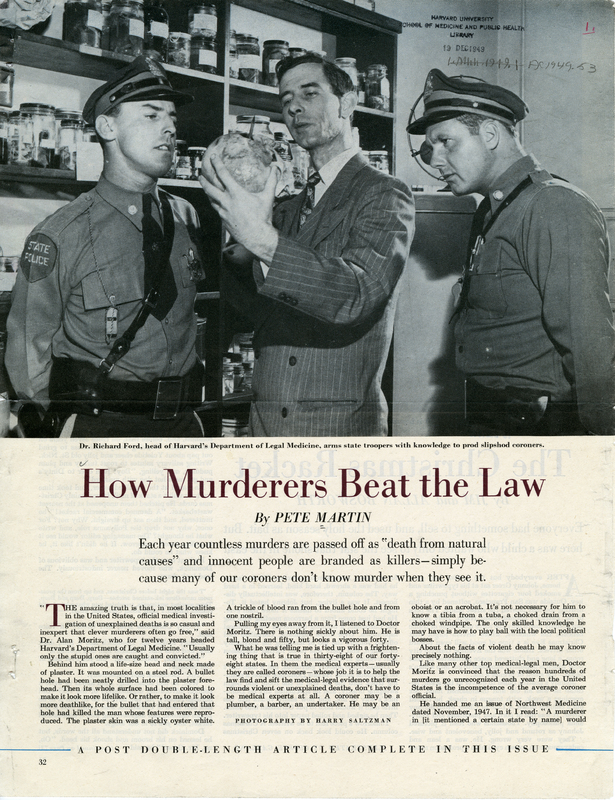 Pete Martin
"How Murderers Beat the Law," from The Saturday Evening Post,
December 10, 1949

Published in the period following the resignation of Alan R. Moritz's and the appointment of Richard Ford, this article from The Saturday Evening Post criticizes the coroner system and promotes the importance of the medical-legal research work at Harvard and the police seminars of Mrs. Lee. 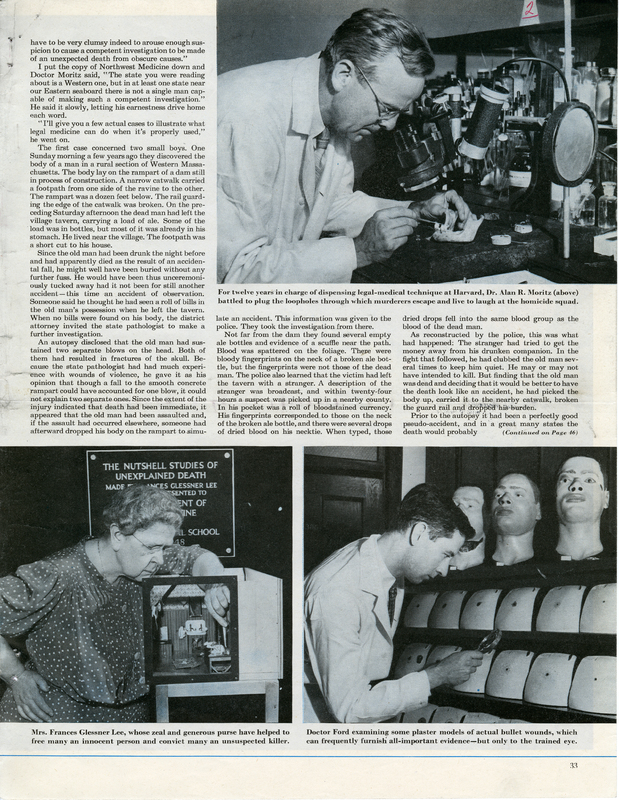 Because the coroner of one county had taken a Harvard six-day course on the handling of disasters involving dead bodies in great numbers, he was able to cope with a major disaster that happened in his county ten days later.  A little more than a week after his return home, an explosion of gas burned out many blocks in his city.  Scores of people were killed.  But even in the short space of time since his return, he had put into effect some of the ideas that had been recommended to him at Harvard.  Places for the laying out of large numbers of bodies had been decided upon.  Tags giving all available information about such bodies when there were picked up were ready to attach to them.  Arrangements had been made for trucks to supplement the regular ambulances.