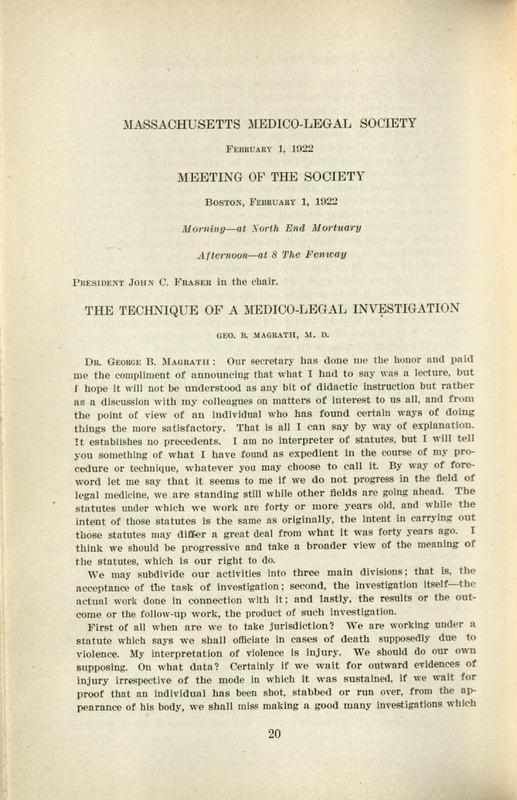 George Burgess Magrath (1870-1938)
"The Technique of a Medico-Legal Investigation," from the Transactions of the Massachusetts Medico-Legal Society, volume 4,

From the George Burgess Magrath Library of Legal Medicine

Formed following the institution of the state’s medical examiner system in 1877, the Medico-Legal Society was open to physicians who were trained to determine the causes of death and held county appointments as medical examiners.  Its stated goals were “to elevate the official character of the medical examiner, and to assist him in the discharge of his duties; to collect and utilize such facts as have a medicolegal value; and to excite a general interest in the subject of forensic medicine, and to promote its successful cultivation.”  Many Harvard faculty members held associate status in the society.

At the society's meeting on February 1, 1922, George Burgess Magrath describes his experiences with autopsies and forensic cases.