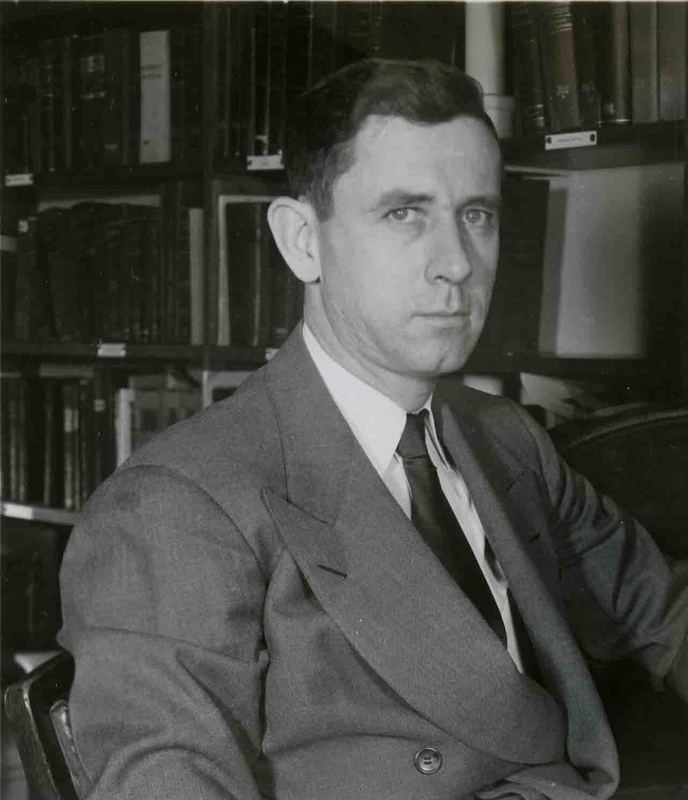 Photograph of Richard Ford, circa 1955

The second phase of the Department of Legal Medicine’s existence began in 1949.  Dean C. Sidney Burwell summarized the current situation in an enthusiastic letter to Mrs. Lee:

In the main... the Department in the past twelve years has been devoted to the education of undergraduate medical students, of individuals in training as specialists in the field of Legal Medicine, and of police groups and others concerned with the administration of justice.  The Department has also contributed greatly to the advance of knowledge in the field of Legal Medicine, and it has a made a particular contribution to the organization and improvement of Legal Medicine in other states and other medical schools.  There is no doubt in my mind that the evolution of this Department under the stimulus of your interest and support and under the leadership of Dr. Moritz has been one of the outstanding achievements of the Medical School during the last generation.

But in February, Alan R. Moritz decided to return to Western Reserve University to take a position as Professor of Pathology, and, at the same time, C. Sidney Burwell resigned his deanship at the Medical School. 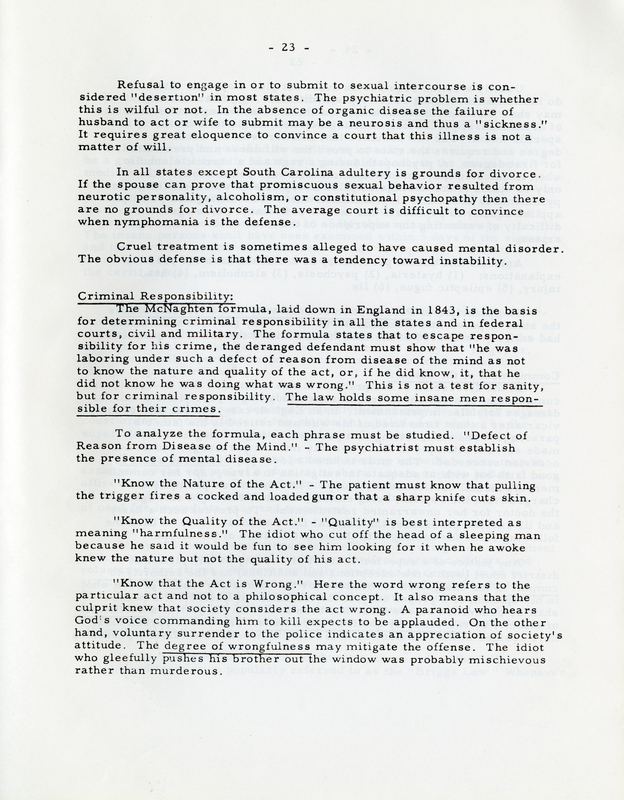 From the Library of Harvard Medical School

First formulated in 1947 and, as here, reissued ten years later, is a summary of laws relating to medical practice for students, illustrating some of the wide-ranging areas in which legal medicine could be involved.

Before resigning their respective offices, Dr. Moritz nominated Richard Ford for a three-year term as Assistant Professor of Legal Medicine, and Dean Burwell recommended the appointment of Dr. Ford as Acting Head of the department to 1950.  Richard Ford (1915-1970) was a graduate of Harvard College and Harvard Medical School and had assumed a position as a research fellow in the Department of Legal Medicine after returning from service in World War II.  In 1950, Richard Ford was appointed Suffolk County Medical Examiner for the southern district, continuing the Department of Legal Medicine's close consultation work on post-mortem cases.

By the time Richard Ford assumed responsibility for the department, relations between the Medical School and Mrs. Lee had begun to cool, although she continued to promote its work, sponsor the homicide investigation seminars for police officers, and interest herself in the development of the Magrath Library.  The new dean, George Packer Berry, may also have had less interest in cultivating the relationship than had Dean Burwell.