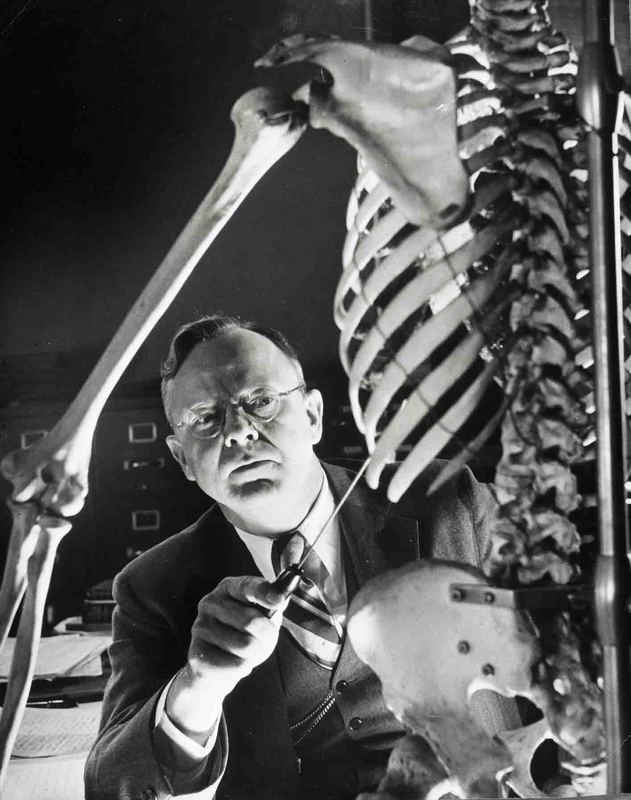 Photograph of Alan Richards Moritz, circa 1946

During the course of 1940, the Department of Legal Medicine worked on a consultative basis with medical examiners in Middlesex and some of the other surrounding counties on over 70 different autopsy cases, providing in some instances post-mortem evidence to determine or change the original opinion of the cause of death.  This activity, increasing to several hundred consultations each year, also provided the department with clinical material for teaching and research.

An article in the Boston Herald from January 1942 describes a typical instance of the operations of the Department of Legal Medicine:

A police chief brought a hunting coat of [sic] Dr. Moritz' laboratory after a shooting.  The owner of the coat died of a supposed self-inflicted gunshot wound.  His widow faced loss of his life insurance because of a suicide clause…. Capt. Charles J. Van Amburgh, expert ballistician, and Dr. Joseph T. Walker, police chemist and Harvard graduate, collaborated with Dr. Moritz, as they frequently do.  Tests proved that the hunter did not shoot himself.  Powder residue tests revealed that the shot had been fired from at least 18 inches from the coat.  You can't hold a shotgun that distance from your body and pull the trigger.  Unquestionably, another hunting accident.