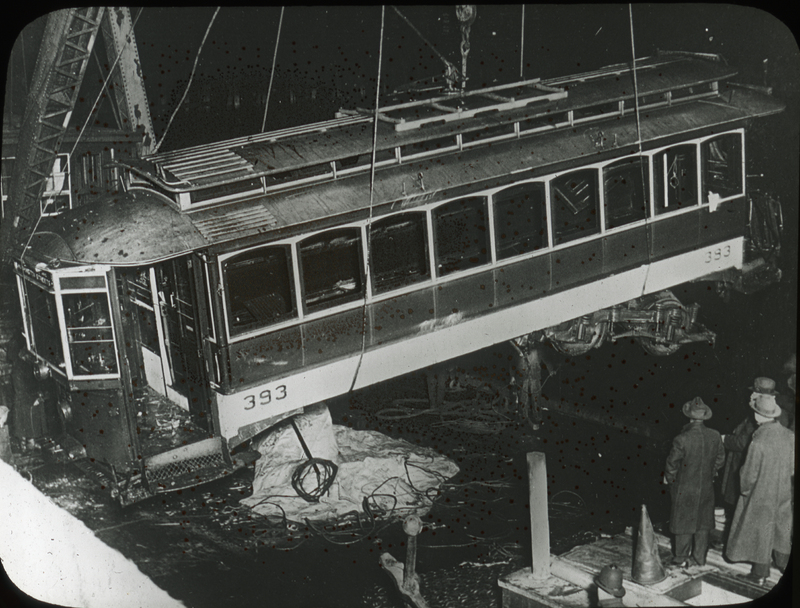 On the evening of November 7, 1916, a streetcar plunged 20 feet off an open
drawbridge into the Fort Point Channel, sinking some 30 feet below the surface.  There were 47 fatalities and only a handful of survivors.  George Burgess Magrath and Timothy Leary, as medical examiners, were called to the scene to help identify the bodies of the victims.  The photograph shows the raising of the streetcar once divers had cleared bodies from the wreckage.

George Burgess Magrath was a colorful figure, traditionally sporting a wide-brimmed hat, flowing black tie, and pince-nez.  He ate just one meal a day—at midnight—always carried a curving bowled pipe, and travelled in a 1907 Ford called “Suffolk Sue”.  His 30-year career as Medical Examiner and his expertise in forensic pathology involved him in some 2,000 court cases and investigations of over 21,000 deaths.  Among these are some of the most famous trials and tragic events of the early 20th century, such as the Summer Street Bridge disaster of 1916, the murders of Florence Small in 1916, Marguerita Stewart in 1927, and Verna Russell in 1931, and the 1921 trial of Nicola Sacco and Bartolomeo Vanzetti. 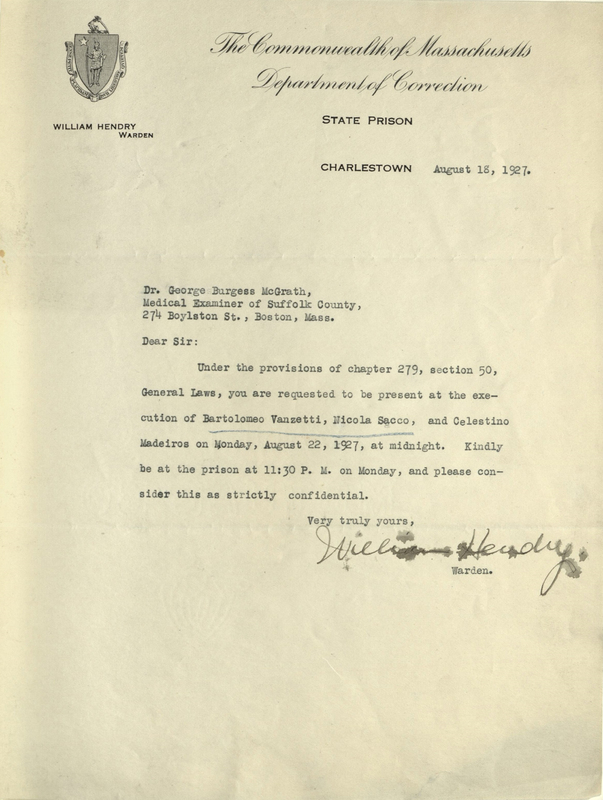 George B. Magrath’s reputation involved him in some of the most celebrated and notorious criminal trials of the early 20th century, and he performed an examination on Alessandro Berardelli, the guard at the Slater & Morrill Shoe Factory who, along with paymaster Frederick A. Parmenter, had been shot and killed in a robbery on April 15, 1920.  Bullets, which Magrath had removed from Berardelli’s body, were identified as coming from the pistol of Nicola Sacco.

As Medical Examiner for Suffolk County, Magrath’s presence was required at the executions of Bartolomeo Vanzetti, Nicola Sacco, and Celestino Madeiros.  All three were electrocuted shortly after midnight on August 23, 1927. 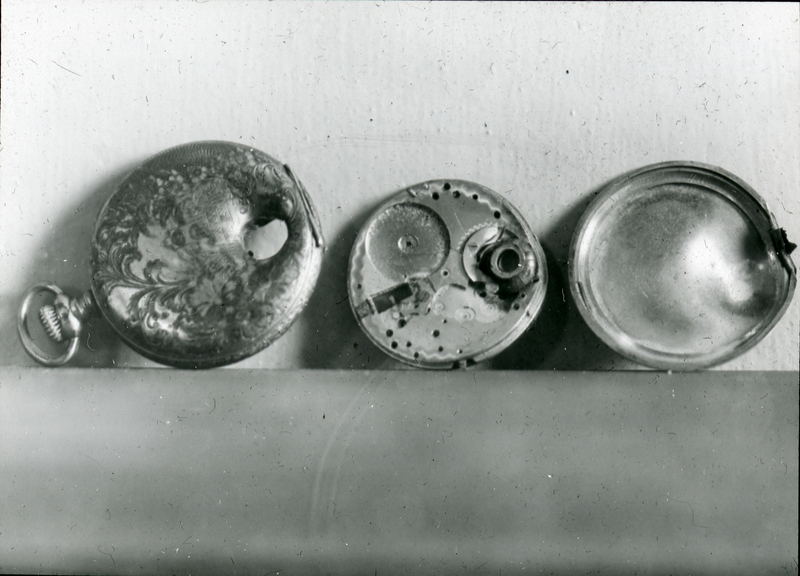